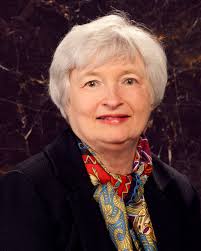 The September 16-17th FOMC minutes were released Thursday afternoon, continuing the market’s Beast Mode reaction to Fed dovishness. The S&P 500 completed the best week of the year, barely down-ticking from 1,893 to 2,015. The market rallied 7% from the lows after the September Employment report to the highs yesterday. The 122 handle rally takes the market multiple up one turn (from 15x to 16x multiple). Despite the euphoria of a quick fix, there are a number of reasons for caution after scrutiny of the Fed’s minutes.

Yes, the Fed minutes were dovish. Full stop. The Fed awaits more data on improving labor markets despite a 5.1% unemployment rate, and inflation is expected to remain below 2% for some time. All the voting members, other than Lacker, voted against a hike.

Noteworthy items from the minutes:

a) Fed staff thinks the market is highly valued

b) Declines from high valuations, may be viewed as normal, and acceptable, lessening the value of the “Yellen Put” somewhat.

The second point is important, because volatility remains high, with updated market expectations that the Fed is out of the way for the foreseeable future. This may well come to be true, but the Fed will almost certainly fight the idea of a Fed on hold forever from becoming consensus. Even if the Fed can’t/won’t hike rates, it is highly likely the Fed continues the charade of being close to hiking. From high valuations, this will weigh on markets.

With a massive global equity rally on very little company specific information and a fast surge in crude back to $50, there are probably one-way risks to the October 27-28th Fed meeting. The Fed could potentially talk a December rate hike back into play, a rate hike which isn’t priced in.

I’ll conclude with the interesting dissent from Lacker. Noteworthy because Lacker didn’t dissent during the previous July Fed meeting.

Mr. Lacker dissented because he believed that maintaining exceptionally low real interest rates was not appropriate for an economy with persistently strong consumption growth and tightening labor markets. He viewed current disinflationary forces as likely to be transitory, and was reasonably confident that inflation would move toward 2 percent. In his view, further delay in removing monetary policy accommodation would represent a risky departure from past patterns of FOMC behavior in response to such economic conditions.