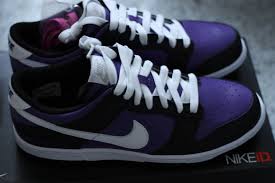 Nike reported a bone crusher of a quarterly report last night; a stark wake-up call for China bears. Nike management credibility is higher than that of the Chinese government, and this earnings report, at this juncture, is stunningly good. Nike segment reports its future orders by geography, adjusted for currency movement, and the results out of China are the strongest since 2012. Nike is surging in China again. Impressive because China isn’t a new market; Nike is entrenched, and has invested, and developed the brand in China for a solid 15 years. The 27% china orders growth accelerated relative to last quarter’s 22% growth. The acceleration took place despite the China A-shares collapse, the renminbi devaluation, and lots of negative press on China macro.

The China bull case is (and has been) for the country to shift emphasis and resources from state directed manufacturing and export sectors, while building a service sector to benefit households. Perhaps some of the initiatives are gaining traction and the economy is transitioning. Nike posting 27% growth in China, if it were in a recession, is inconceivable. When the US stock market flash crashed in August, Tim Cook pointed out that Apple’s China business was strong. The implications are positive for several multinationals in the consumer and technology sector. China not being in a recession is certainly good for Japan, Korea, and Brazil. The market is in risk-on mode, and the data last night from Nike are a decisive factor in swinging sentiment.