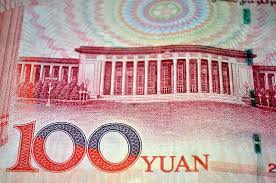 China is at the end-game of its great economic transformation. Multiple iterations of 5-year plans, and flawed central economic planning, created a massive build-up in debt that can no longer be continued. China’s debt fueled growth is understood, but the impact of the deleveraging phase is becoming evident in real time. Various estimates of China debt exist, but given the proliferation of shadow banking, and state involvement in the corporate sector, China’s total debt is a nebulous subject. Using estimates, China debt rose from $1 trillion in 2001 to $30 trillion today. China GDP is approximately 10x larger during a period in which debt rose 30x. McKinsey Global Institute estimates China debt-GDP at 282% in 2014.

China’s economic problem is straightforward. Party rulers believed steadfast in the ability to allocate debt-fueled expenditures to a myriad of industries and quasi-government entities to achieve 5-year plan goals. When debt grows 3x GDP, current fast growth isn’t a problem, but the aftermath is. Over several years, China bears have detailed the extent of capital misallocation and waste. Unfortunately, with the current level of debt too high, the opportunity to manage the economy through even more debt is limited. In some ways, China’s problems mirror Greece’s. Once capacity for taking on new debt is impaired, options are quickly limited, and pain sets in. US ZIRP (zero interest rate policy) and QE (quantitative easing) masked the extent of China’s debt problem by propping global demand, and particularly, by fueling the “risk-on” trade, and nonchalant capital flows into China/EM.

With China growth slowing, debt servicing is problematic. Difficulty with debt servicing reduces risk-appetite, and a vicious circle ensues. One of the cleanest measures of the extent of China slowdown is coming from real-time export data out of South Korea and Japan:

With China deleveraging, there are two choices for policy makers:

a) Reflate through low interest rates, and a weaker currency, which props up inflation, and sustains the higher price level fueled by the credit boom.

b) Face a spectacular economic collapse.

China will be forced to take the first option. It is impossible, on planet earth, to maintain a closed capital account (limit yuan outflows), prop up the currency, and reduce interest rates. Something will need to give. As growth continues to slow, China will ultimately allow the yuan to depreciate, and be forced to implement reforms to strengthen governance and create a corporate sector worthy of the world’s second largest economy.

China’s stock market is not a real market. The market outcome has been rigged through the wild bull market commencing in 2014, to the crash this year. The only reason for non-governmental market participation is getting “the look” from the government. Without the implicit guarantee that the government will push stocks higher, the rush to the exit is fast. Orville Schell’s piece in the WSJ, “China’s Recknoing” does a fantastic job outlining the loss of party credibility related to the stock market collapse, and the folly of the manipulation.

Global implications of a steady yuan depreciation are dire. Expect rounds of competitive devaluation around the world. Japan, South Korea, Vietnam, Thailand, Indonesia, Malaysia, and several other export nations, will need to devalue currencies, or face a sharp economic slowdown. Pundits who declare that the issues in China aren’t meaningful to the US do not understand the knock-on effects and degree of feedback loop throughout the global economy. On Wednesday, the Brazilian Real fell to 12-year lows, driven by China weakness. Continued USD strength is deflationary. Commodities become more expensive to the non-dollar world and demand slows. Weaker global demand, and the strong USD will lead to an earnings recession for S&P 500 profits, even if the US economy is generally fine. The unanticipated pressure to corporate earnings will accelerate into Q4 and the market will enter a bear phase, either, while this plays out, or, in anticipation. Moreover, the median 3-year multiple on the S&P 500 is 15.3x. Just getting back to a median-type norm, prices the S&P around 1,825 (6.3% down from 1,948).

Being one strong payroll report from a Fed rate hike in September will only accelerate the above mentioned adjustments.