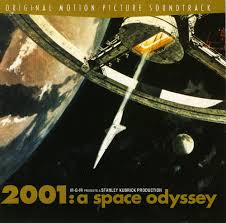 Two posts ago (in late May) focused on the market ascent to 1,900. In relatively short order, another centennial milestone is surpassed with the market melt-up to 2,000 over the past 15 trading days. Recapping the market action this summer (while CJF was on hiatus):

CJF respects the strength of the bull market. Keep in mind that the market move in 2014 has not been multiple related. The market multiple is hovering around 16ish with price action strong based on earnings growth. The economy is marching along, if unspectacularly, enough so for leading public companies to post modest sales growth. Contained input costs, in the form of commodities, labor (why it’s just so hard to get that raise!) and interest rates are collectively enough to facilitate operating leverage. Lastly, shareholder friendly capital allocation (buybacks, bolt-on M&A) does the rest to get earnings growth to the +HSD vicinity.

The 64 million dollar question relates to the durability of the above dynamic. This fall, CJF will be diving into a number of reasons why the bull market’s persistence could continue to surprise while identifying sensible investments to participate.