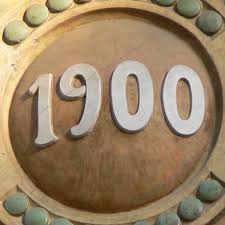 The US stock market, the best market in the world for a multitude of reasons, hit new highs on Friday, ascending to the 1,900 level, on a closing basis. The market is confounding because of the lack of normal draw-down (no meaningful pull-backs in a long enough time to be scary) and because many high profile stocks or stock indexes are way off recent highs. Yet the market is at a new high. This is based on capitalization weightings. An example can be found in the Russell 2000; comprised of the smallest 2,000 stocks within the Russell 3,000 (top 3,000 stocks in the US). The Russell 2000’s market capitalization is only about 8% of that of the Russell 3000. Select internet, growth, biotech, and small-cap stocks are under significant pressure, but collectively they are too small, and the decoupling from large-cap stocks enables new market highs.

The giants are generating market strength:

The 64 million dollar question: do the megas “catch down” to riskier stocks or do the growth/small cap names catch up to the market? Recent strength combined with a nirvana economic scenario (not too weak, not too strong, very low interest rates) is starting to indicate that the most likely trade is higher.

CJF believes the biggest risks in the markets today would be “too much of a good thing” and growth actually picking up sharply. Considerably stronger growth would hurt margins, and coupled with higher interest rates, put the market at risk of a 1-2 point multiple contraction. A move from 16x EPS to 14x would be painful (over 200 S&P points). The best sustainable case from here is a so/so economy, good enough to sustain modestly positive revenue growth without input cost pressure. Capital allocation, which drives about 5% of total return, can do the rest. With evidence that the ideal scenario is in-play, the best tactical course may be to play the “catch up” trade in beaten down names. Stocks with 10-20% upside to get back to recent highs and catch back up to the powerful bull market upon us.