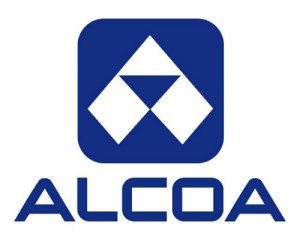 Alcoa (AA) just hasn’t received respect over the past several years. This is in the process of changing today, and AA has the potential to continue its rally to the low $20s from $12-$13. AA morphed into a classic out-of –favor stock since the financial crisis but lackluster stock performance created value amidst horrible sentiment. The stock moved sharply over the past 6-months, rising from $8 (where it traded give or take for 5-years) to $12. Alcoa reached $40 pre-financial crisis and the shares were never permanently impaired by a meaningful amount of distressed equity issuance – one crude measure to demonstrate upside. Pre-crisis, times were different, with a more consistent appetite for commodity exposures in an environment of rising commodity prices. Contrast to recent developments:

Commodity exposures have been brutal based on:

AA’s end markets are under-appreciated; the valuation of the shares declined on an EBITDA and FCF basis as metals end-markets were to be avoided, AA received credit downgrades (because of weak commodity prices not from taking on more debt) and ultimately, AA got booted from the Dow Jones Industrial Average. Not an easy stretch for investors.

For long-term investors, AA now appears at a trough point in sentiment, with aluminum prices set to inflect higher, and a stronger company (financially and operationally) set to achieve leverage to an improved end-market in the future. Commodity prices won’t go down for ever and investors with a time horizon should consider:

Over the next several years, copper will continue to remain relatively scarce and replacement metals such as aluminum will be used for more applications. Aluminum content is on the upswing in airplanes and the massive Boeing backlog creates highly visible engineered product demand. Electric vehicles will increasingly use lighter, stronger fabricated aluminum.

Since 2008, AA restructured/reduced its capacity by about 25% while making investments in new state of the art facilities such as a JV with Ma’aden in the Middle East which effectively reduces AA’s aluminum cost curve. While the stock price languished, AA reduced debt (modestly), better optimized its network, implemented efficiency programs, improved working capital needs (enhancing cash flows), and rode out a very tough period for the industry. The share count of 1,070m shares is up about 10% since 2009 and never became severely diluted. There is no reason AA can’t get back to a much higher stock price as end market turn.

What the stock can do:

AA is cash flow story based on leverage to a stable and ultimately improved end-market. EBITDA and free cash flow are set to grow. Based on 5% sales growth from 2014-2017, stable gross margin, and realistic SG&A leverage, EBITDA would rise to $3.6b in 2017 from approximately $2.6b in 2013. With stable CAPEX, free cash flow would swell to almost $1.8b. On these metrics, a reasonable free cash flow yield of 6.5% prices the stock at $25 in 2016 (a two-year double). A more conservative cash flow yield of 7.5% prices the stock at $21. A blue sky 5% yield sends the stock into the $30s. It is likely for AA’s valuation to rise in this fashion if a 3-4 year turnaround materializes. AA is exposed to growing end-markets within aviation and auto that will utilize greater amounts of aluminum content per unit. The risk/reward looks good.