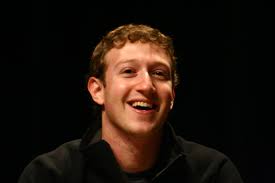 It is well known how the Facebook (FB) IPO is setting up to be the flop of the decade. Stunning that one of the profound technological/media companies of a generation is now such a historically awful IPO. There are plenty of negatives stemming from the debacle including:

A few items to think about for longer-term investors who are looking to a position in the shares:

1) Facebook shares have been made available to hedge funds for shorting earlier than normal based on very high demand and a short base is building. How large is it?

2) Options trading began yesterday with volume in put options greatly outweighing volume in the calls. With such high demand for put positions there is additional selling/shorting pressure on the shares.

3) The technicals are horrible.

4) Although the deal price getting raised all the way to $38 was a bad thing for those who participated in the deal – it is actually a good thing for the company on a go-forward basis as the balance sheet is flush with more cash.

There is a very high likelihood of strong support for Facebook shares somewhere in the $20s. Just how low is difficult to determine but the conflux of negatives surrounding the deal could lead to a good longer term opportunity for those who sideswiped participating in the deal at such a lofty valuation. Investors need a multi-year view on Facebook because the valuation is still very high despite the decline and there have already been indications of slowing trends in the business. Facebook is just starting to monetize the business model and earnings will be much higher in the future. How much higher is somewhat speculative but for investors who believe in the company and the brand an investment opportunity could be here soon, created by a uniquely bad combination of negatives facing the stock price right out of the gate.