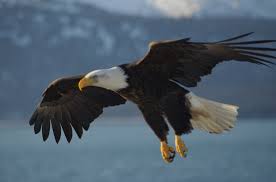 The differences between the US situation post-financial crisis and Japan in 1990 are stark. The previous post outlined how extreme things got in Japan and how ahead of itself the Japanese stock market, real estate market and economy got. While Japan was exposed to “extreme extremes” the US economy experienced imbalances that could be worked off much more quickly.

Real Estate Excess Has Been Wrung Out Over 5-years

The US experienced multiple years’ worth of double digit real estate gains. The gains were spectacular and fueled by credit standards which continued to loosen until the point where the housing market evolved into the concept of “renting with the option to own”. When mortgage financing was willing to underwrite this type of one-way asymmetric risk the party was bound to end soon. A great quote from George Soros on Chuck Prince was: “he said that we have to dance until the music stops, but actually the music had stopped already when he said that.” The original comment was uttered back in July 2007. There are credible arguments made that the housing bubble in the US could have been partially avoided or lessened due to better monetary policy oversight and tighter regulation of the mortgage financing markets. While this was undoubtedly true, and a topic for continued debate, the market was never close to the extremes that Japan hit in the late 1980’s. For perspective, the US housing market swung from extreme valuations on historical standards (expensive) to the cheapest valuations in decades in just a five year period. This reality of the housing market has led to the mortgage financing bubble being containable. There are initial signs that for the first time in years, without government support, and with tight financing conditions, that US real estate markets have stabilized and are set to grow in value again. This will have a profound positive impact on the US economy.

The US Consumer famously spent through their income levels during the height of the housing bubble in 2006-2007. For the record, the data were subsequently revised by the Bureau of Economic Analysis to demonstrate that the US consumer did indeed have a positive savings rate (about 1%) even during the height of the pre-financial crisis economic boom.

Since the financial crisis, households have saved between 3.5%-7.0% of income (see above). This activity is a form of household deleveraging which potentially lessons the need to save in the future. US Households lost trust in financial returns to a large extent and took matters into their own hands by saving again. Fortunately, while consumers have been steadily saving, asset prices have begun to rise again. While the US housing market has only started to stabilize, the US stock market has doubled since low prices in 2009 and bond market returns have also been spectacular whether in the high yield, municipal or government bond market areas.

Corporate Sector Health in the US

US companies reacted to the financial realities of the new economy swiftly buy reducing discretionary spending, cutting costs, cutting capital expenditures and using cash flows to pay down debt quickly. The fact that financial market participants were forced to “stare into the abyss” created rapid and dramatic behavioral change. A new attitude of caution, even after significant leverage reduction, fostered a healthier environment for the corporate sector. After paying down debt to the point where balance sheets were no longer stressed many US companies simply started building cash or engaging in share repurchase rather than reinitiate wild projects, acquisitions and growth plans. The lack of job creation animal spirits has led to an indirect positive consequence – improved corporate sector health. Relative to Japan, the US corporate sector had less complex structures and much less cross-holdings which make true balance sheet exposures difficult to gauge.

While the US government debt burden has indeed grown to alarming levels there are a number of differences relative to Japan which lead to a much more manageable situation in the longer term.

2) Growth matters – the US economy has exhibited healthy nominal GDP growth aside from the darkest months of the crisis in Q4 2008 – Q1 2009.

3) The Global Reserve Currency – having the US Dollar as the global reserve currency helped the US avoid a nasty deleveraging outcome based on a wider array of policy responses. Some credit should be given to Ben Bernanke and the Federal Reserve for avoiding deflation. This was the reason for QE1 and QE2. After the fact, it is beginning to look like these programs for crisis-avoidance worked. The idea of avoiding a vicious circle of deflationary expectations also created positive feedback towards the housing market as reflationary policies eventually helped the housing market stabilize faster than it otherwise would have.

Many acclaimed financial writers are pointing towards a lost decade for the US economy and investors. The “new normal” suggests reduced economic growth rates and/or a prolonged recession for decades to come. Based on the actual deleveraging progress within the US housing market, for the US Consumer, and for the US Corporate sector, the process of deleveraging is likely to be closer to the finish than the start. While the government sector has only begun to change spending behavior, government finances can change rapidly based upon cyclical improvements. There was plenty of evidence of this during the Clinton presidency:

Fear mongering over the US being in store for another 10-15 years of extremely lean times is dramatically over blown. Households, companies, and investors who plan too conservatively will miss out on opportunities in the years to come. With real estate prices much more affordable, the stock market supported by cheap valuations, corporate sector margins and balance sheets in good health, and conservative expectations for the future, there is ample reason for optimism. All of these items point towards the sustainability of economic growth, as opposed to a quick swoon back to a period of multi-year economic malaise.