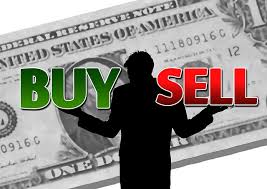 Fourth quarter earnings season is upon us while the market is off to a torrid start to the year. While the S&P 500 is up 4% year-to-date, there are a number of riskier indexes and sectors doing considerably better. The NASDAQ is up 6.3%, the Russell 2000 5.2%, the Hang Seng 7.6%, the Brazilian BOVESPA 9%, and the S&P Homebuilders up 17%. These are stunning returns over a two-week period relative to how difficult it was to simply earn flat index returns plus the dividend yield for all of 2011. The market did this last year in January and February so there is a bit of a deja-vu feel to the start of the year. From higher valuations, it was a rough rest of the year from February on as unexpected bad stuff happened such as the Fukushima, Arab Spring, and a full scale sovereign debt crisis in Europe. The current earnings season is an important one because the bar is set for the year for many companies through the issuance of 2012 guidance. Rather than focus on individual companies right now, here are some useful themes worth focusing on:

During 2011, despite an incredibly difficult and volatile economic environment, earnings came through in stellar fashion. S&P 500 operating earnings will likely grow 12-13% for full year 2011. Earnings growth has sustained through a combination of steady sales growth, healthy margins, and increased amounts of share buyback. There is generally a steady state trajectory of earnings growth while the economy is expanding. While 12-13% may not be realistic for 2012 based on a recession in Europe, growth of 8% may well be. With S&P earnings of $98 for 2011, 8% earnings growth would produce S&P earnings of $106 for 2012. This would be a strong new high in earnings for the market with the market very far from all-time highs. Individual companies will guide to a variety of earnings growth rates. Most companies that can guide confidently, relative to an 8-10% hurdle will be set to perform strongly.

Despite the earnings growth of 12-13% the market was close to flat in 2011. Stated differently, valuations compressed. Part of the reason for the valuation compression has been the increase in uncertainty associated with such extreme global shocks and crisis-feeling events. For the multiple to continue to compress in 2012, there may need to be crises which are larger in magnitude. Valuation is the ultimate support for real investment and this factor has improved meaningfully after a trying 2011. A possible outcome during earnings season is snap-back stock performance based on last year’s earnings and cash flow accomplishments. Watch lagging sectors from last year such as financials and emerging market geared themes (so far so good this week).

With corporate profitability at peak levels, margins will be a controversial item for almost all companies. Bears will state that margins can’t expand forever (which is true) while the bull case focuses on how many of the “new normal” economic themes are positively impacting corporate profitability. I tend to fall into the optimistic camp. The lack of robust growth in the world, policy uncertainty, and the mishandling of the European crisis have reduced the corporate appetite for investment. Companies have been slow to ramp up hiring and have been slow to invest in inventory and capital expenditures. Perversely, skepticism that economic growth rates will improve has been the largest contributing factor towards supporting margins. While growth is somewhat lower than past cycles, margins are very healthy and cash flow generation high. In addition, as inflation declines around the world, lower input costs can support margins as the year progresses.

Strong corporate cash flows resulting from healthy margins and reduced investment in capital expenditures have increased flexibility for companies to do shareholder friendly things with cash. Back in September, I wrote about an analysis of S&P 500 free cash flows which still holds today. The point was to demonstrate how free cash flows are much stronger relative to net income than at any time in recent history. Companies which allocate cash flow wisely through well timed share repurchase, special dividends, regular dividends, and value enhancing M&A activity, will create unique catalysts to help drive shareholder returns. Capital allocation plans for the full year will be important drivers with regard to the sustainability of the rally.

Through every earnings season there are unpredictable events that genuinely take the investment community by surprise. At a potential valuation inflection point, these types of events will be important to listen for.

The next 3-4 weeks will be critically important in determining which themes are taking hold.