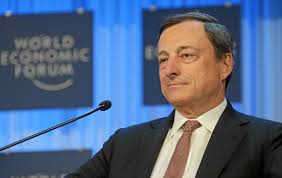 The global equity markets have been held hostage by fears of a crisis since the summer. Taking another step back; crisis fears, macro, and policy responses have really been driving all financial markets since the summer of 2008. To be clear, the economy always has a meaningful impact on the investing environment, but the recent four years have been remarkable. Sound and prudent public policy has been of paramount importance, and a necessary condition, towards stabilizing the economic and business environment. The importance of the change at the helm of the ECB this week cannot be overstated. Now there are hardened and unrelenting cynics in the investment community, often quite vocal, who will say that nothing matters and the global financial system is inevitably doomed. Those who have read my writings know that I reject this view. I’m neither a blind optimist nor permanently bearish and I believe that governmental fiscal response and sound monetary policy matter. Because of this view, I listened to all 50 minutes of Mario Draghi’s inaugural monetary policy press conference. The European Central Bank has taken a giant step in the right direction by selecting Mr. Draghi who was calm, reassuring, and a voice of reason in an utterly chaotic period for Europe and the world.

On Bloomberg, headlines hit from time-to-time which are highlighted in bright red. You can see all these headlines by typing “NI HOT” from a Bloomberg terminal. Whenever a HOT headline hits the screen it is both scary and exciting for market participants. Some headlines are false alarms, but for the most part, they quickly cause markets to go up or down. Today I was struck by comparing and contrasting the headlines which can be so forceful without any tone or context to the actual words of Mario Draghi in his Q&A session with reporters. For an American audience, Mr. Draghi knocked it out of the park; he was brilliant; eccellente; super bonne! I strongly recommend that investors listen to the press conference to get their own sense of the man who will lead the ECB for the next 8 years. Draghi handled the questions about the ECB’s Security Market Program very smoothly, coming across as neither dogmatic nor impractical. He managed to articulate that the ECB is not there to purchase Italian sovereign debt ad infinitum, yet at the same time, he conveyed that monetary policy needs to function and if isn’t functioning, the ECB will do what is necessary to restore the transmission mechanism. This is of course the correct answer. If Draghi committed to purchasing Italian sovereign debt in unlimited size to force yields lower he may well be forced to do it. The ECB would turn into a forced buyer that had tipped its hand. If he renounced any purchases, under any conditions, he would inevitably be forced to make purchases anyway, losing credibility along the way. Mr. Draghi provided reasonable, balanced, and prudent answers that left the market wondering. Italian sovereign debt traded around quite a bit but closed unchanged yesterday. Part of the market’s overall strong rally on Thursday was surely due to some of the confidence that Draghi inspired; that the right leader had been chosen to play a very difficult hand. After all, this is what got the US out of the financial crisis, leaders which took bold actions that showed determination and resolve to do what was necessary to avoid a collapse.

With respect to monetary policy, Draghi spelled out quite clearly why the ECB implemented an unexpected interest rate cut. He pointed out frankly that the economy in Europe is slowing and likely easing towards a mild recession. The statement wasn’t fear mongering it was candid, and that is why it instilled confidence and not panic. The world knows that Europe has been on the verge of a financial catastrophe and that the business and economic environment have been completely uncertain. Stating the obvious on the European economy enhanced Draghi’s credibility as market participants already knew of near-recession conditions anyway. Actually implementing a surprise interest rate cut on meeting one, and day three, of the job was a bold move. A financial crisis requires determined action and Draghi rose to the occasion. Is the European economy free in clear because of an interest cut? Absolutely not. Greece needs to determine their fate, the unpleasant balancing of fiscal budgets in Europe needs to be implemented, and structural reforms which many special interests are against need to take place. Europe is in for a long period of stagnant growth while unpleasant changes take place. The alternative of a deep recession or crisis is much worse. Mario Draghi’s first ECB press conference generated the impression that he understands the major issues and has the capacity to act as a seasoned central bank chief that will make wise decisions which can lead to the best possible future outcomes. Europe is fortunate to have Mr. Draghi at its service at a time when mistakes can be ill afforded.