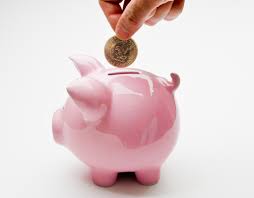 The personal savings rate is an item of contention and debate as the profligacy of the US Consumer has been in focus throughout the 2000s decade. During the height of the housing market boom, the savings rate got down to zero and at times was even negative. US Consumers in the aggregate were thought to be dis-saving – spending through total income. Many years later, the data were subsequently revised and the savings rate was altered to slightly positive rates during the mid-2000s time period. The data have some volatility on a month-to-month basis but I note that the data released this morning from the Bureau of Economic Analysis print a savings rate of 3.6%. For 2008, 2009, 2010, the rate has been over 5%. For the first and second quarter of 2011 the US savings rate was also over 5%. During the third quarter the data have ticked down with this morning’s print for September being the lowest savings rate since December 2007.

There is no reason to be alarmed from the data at present but it bears noting. Part of the reason to build savings is to create the ability to smooth out consumption when times are tough. In the current recovery, the job market hasn’t bounced back in a manner that is comparable to past recoveries in the US. We haven’t been able to create enough jobs to meaningfully drive down the unemployment rate. Growing employment and strong labor markets are ultimately what creates income growth for US workers which in turn creates the ability to save. In the short-term, asset markets, when they go up, can help some cohorts feel like there is less of a need to save. This is what happened in 2005-2007 during the peak of the housing market boom. Of course if the asset returns aren’t enduring it leads to larger adjustments to household budgets in the future. In September, the financial markets were weak, so this savings rate decline wasn’t the result of financial gains.

The savings rate bears watching. The US consumer built a bit of a cushion after three years worth of saving at 5%. This cushion helped foster the ability for the US Consumer to “surprise to the upside” in a tough economy so far this year. If we go through a stretch where there is less savings, call it 2-3% for a number of months, the risks to consumption sustainability will really pick up. For now this is a more distant concern, which can be solved through the labor markets in the US improving. This is really the most important issue for the country as we head into an election year – recreating the environment where the US can create jobs. 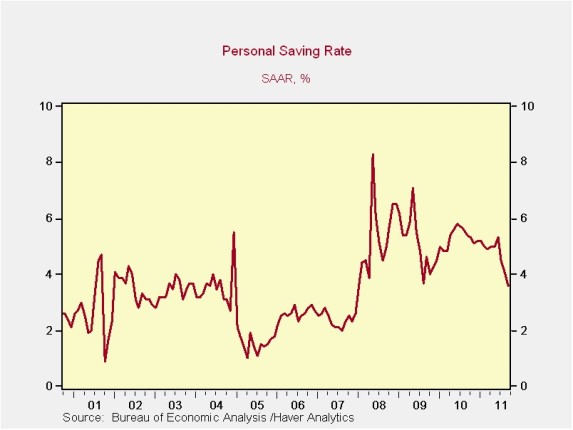