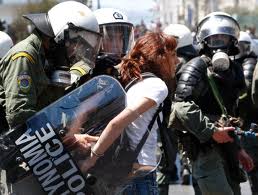 Economies don’t function well in a “crisis steady state”. In Europe, the business environment has been surprisingly good during the third quarter despite what seems like a concerted effort to induce a collapse. A number of consumer and industrial companies pointed out that growth hasn’t fallen off a cliff and if Europe can simply instill some confidence business could pick up. Unfortunately, Europe seems intent on going at its own pace, and not treating the current financial crisis, well, like a crisis. The longer the “fix” gets dragged out, the greater the odds that the Eurozone leaders talk the region into a recession. A recession is massively counterproductive to solving Europe’s fiscal woes because it creates the need for more austerity and more spending cuts. It is not difficult to see how Europe’s problems become vicious quickly if an environment of complete uncertainty persists – businesses can’t budget nor can consumers plan.

I believe that Europe has dragged things on to just about the maximum extent they can while still skirting a recession. Making progress by the self imposed deadline this Wednesday is crucial to having a chance to skirt a continent-wide recession. At times, Eurozone leaders have expressed that they understand the enormity of the problem – but at any moment the dialogue is prone to degenerating into ideological stances and even name calling and insults.

The Eurozone PMI has been released for October coming in at 47.3. This result hits the “unclear zone” in terms of evaluating the recession/no recession debate. I’ll place the odds of a European recession at 50/50 until we get some clarity by Thursday. 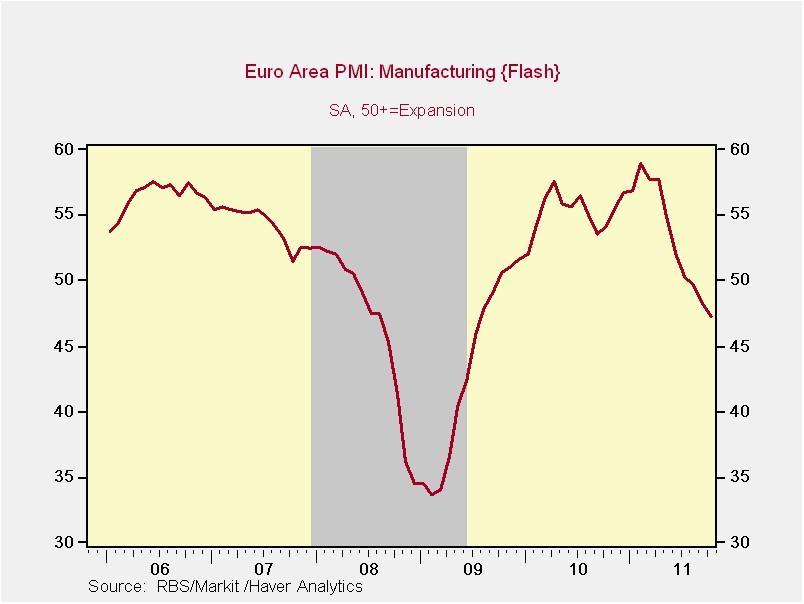