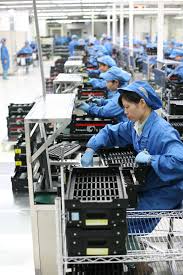 China’s official PMI was released over the weekend (after financial markets closed on Friday) and the September data point came in slightly higher than last month and slightly higher than expected. The total manufacturing PMI index came in a 51.2 which is the strongest month of the past 4-months. As important as the slight uptick, the gains were broad with improvements in the key categories.

In short there was some modest yet broad improvement. While a PMI reading of 51.2 is weak for China, which has been one of the growth engines of the world, the data need to be looked at in the context of China wanting to slow growth to control inflation. Inflation may have already peaked as it started to come down last month and this month commodity prices around the world have pulled back. Copper, Oil, Corn, Wheat, Sugar, Cotton, Silver, Platinum, and many other commodities are down sharply. Food prices are especially important for China because with lower per capita incomes throughout the country, China weights food much higher in the CPI than we do in the US.

All this points to China having stabilized the economy at slightly lower growth rates, which puts them in a position to stimulate the economy as inflation starts to trend lower. Premier Wen came out over the weekend and stated that the fast increases in the country’s consumer prices had been controlled and that the government aims to keep prices stable going forward. This is essentially dovish commentary because this year thus far, Wen and other officials have been solely focused on taming inflation and have been in a rate hike cycle while the currency has been appreciating.

This data provide additional evidence that the  reality for September provides a much more positive outlook than fears that were swirling in the market place on Thursday and Friday – that China GDP growth will slow from 9% in 2011 to 4-5% in 2012. The likelihood of this happening while China starts to ease policy is extremely far-fetched.