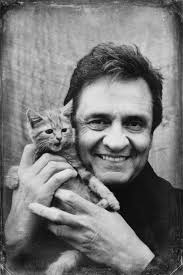 Google recently ramped up spending to pursue initiatives described by the company as the next billion dollar opportunities. During the first quarter of this year, Google had plenty of detractors as the growth rate in expenses far outpaced the growth rate in sales. In Q2, there was a slightly different tune as Google achieved a much better balance between expense growth and sales growth – which accelerated north of 30%. The Johnny Cash project is representative of an inflection point in the corporate history of Google. This creative campaign represents some of the most innovative marketing (of any kind) in years where Google is able to juxtapose music, art, pop-culture, emotional connection, and corporate branding. The last company to establish such a strong connection with a consumer base was Apple. Steve Jobs’ moves through the decade paved the way for the I-phone, the I-pad, the development of one of the strongest global brands on the planet, and enormous shareholder value creation. I hold the view that Google will be similarly dominant, participating in the broad growth of the global internet economy for the decade to come. Endeavors such as The Johnny Cash Project are not noticed by the typical Wall Street Analyst or investment community but this type of marketing, brand enhancement, and creative license will help Google continue to thrive and grow at the fastest growth rates of any technology company in the world for quarters and years to come. This video is also an unexpected treat for Johnny Cash fans around the world.