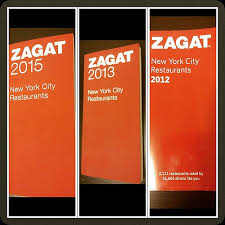 Google announced on its Google Blog, that they have finalized a deal to acquire restaurant reviewing company Zagat. The company was founded in 1979, and grew over time as more cities and restaurants have been added to the network. Zagat has also been adding venues such as hotels, bars, shopping centers and others in recent years. Zagat was purchased by private equity buyers for $31M in 2000. A few years ago, Zagat hired Goldman Sachs to put the company up for sale, reportedly for over $200M. Assuming that Zagat has continued to grow I would estimate this was between a $400-$600M deal for Google.

While the terms of the acquisition were undisclosed, I look favorably on Google’s expansion into the local arena. Integrating Zagat will fit nicely with Google Maps, Places, Offers, and Wallets. I would expect that there will be minimal revenues which come directly from Zagat but remember the point for Google is to drive high share of mobile search through the Google network and search engine, all of which drives monetization through paid search advertising and adsense.

In a separate release, Efficient Frontier released cost per click data for the month of August this week. There was improvement in cost per click for the finance and retail industry vs July rates. Auto related cost per clicks were flat vs July. Moreover, on a year-over-year basis, the growth in cost per click rates were robust. The average growth rate for all three advertising sub-segments was 18.5% in August. This is the highest growth rate of any month this year and points to a growth rate improvement in Q3 vs Q2. There is still another month to go (September), but the early signs point to another robust quarter for Google in terms of revenues. When Google reported both strong top and bottom line last quarter the stock rallied $69 (13%) the following day.