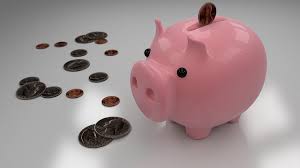 On Friday, the Federal Reserve Board released the quarterly Flow of Funds data which measure the US household sector’s assets, liabilities, and net worth. The data are released with a lag as we just received Q2 measurements, two and a half months after the calendar quarter came to a close. While the level of net worth declined very slightly from Q1 to Q2 (25 basis points) the y/y growth rate in net worth (wealth) actually accelerated from up 5.9% in Q1 to up 8.1% in Q2. 8.1% growth rates are not sustainable nor do they need to be. The strong growth rate in the second quarter is a function of depressed markets in last year’s second quarter coupled with a market rally in June 2011. The market is already well off the 1,320 level it closed at in June.

I focus on the growth rate in net worth because this figure will correspond with growth rates in the economy and for corporate earnings. Growth is measured relative to a year ago because it is a cleaner way to avoid issues with seasonal adjustment and -annualization of shorter-term growth rates. The year-over year change in wealth will correlate with how consumers will spend relative to last year. As these rates ebb and flow so goes the direction of business and the overall economy. While the current market pullback to 1,200 will have an impact, the assets of the household sector are diverse and comprised of housing wealth, stocks, broad financial assets, deposits, durable goods, insurance, and pension reserves. There is more stability to our country’s household assets than the there is in the overall financial markets. Moreover, with a higher savings rate and focus on debt pay down, households have also made progress on the liability side. Total liabilities were down vs. a year ago by 50 basis points. It is true that some of the liability declines are based on mortgage defaults but this isn’t the whole story as consumer credit and commercial loans have also pulled back. Each month that households make their mortgage payments and pay credit card bills leads to slight incremental progress in their household net worth. Over any one month the progress is generally not substantial but over years, the progress cumulates and is noticeable. Households have been saving at a higher rate and de-leveraging for three years now and have made genuine balance sheet progress.

I’ve been writing that even if we enter another global recession next year, that it won’t be as dire this time. Some market pundits and economists say we are already in a recession right now. I’ve been trying to point out how the environment is different in 2011 relative to 2008/2009. With respect to the Flow of Funds household net worth data it was declining 19.9% in the 4th quarter of 2008. It strikes me that there is a pretty big difference from down 19.9% to up 8.1%. There will still be a big difference even if the growth rate in net worth flat lines. To impact consumption close to the impact in 2008/2009 household sector net worth needs to decline by a substantial margin. This could happen by a much more severe stock market correction or another major leg down in the housing market. It simply isn’t happening so far this year.