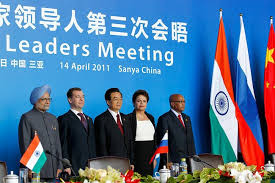 Developed market equities are attempting to stabilize based on additional talks from Eurozone leaders who are meeting with the IMF and reported to be discussing items such as expanding the size of the EFSF, creating a TARP-EU, and recapitalizing more of the European financials. Developed market investors are attempting to look ahead during scary times. This contrasts to the overnight session in Asia, which saw another spiral into panic selling towards the Asian close. Most markets were down 3-6% again, and for a short period last night the S&P futures were down 15 points (2.5% lower than 8:00am NY time). There are a number of signs that this round of selling is liquidation with little regard to fundamentals in the region. The selling is indiscriminant when you look across individual stocks across emerging markets in Asia and breadth in the markets is extremely negative. The cause of this selling is temporal in my view, as intrinsic value will support these markets going forward so long as a global financial crisis is avoided. The small cap sector in EM had numerous double digit % stock price declines last night.

The IMF recently came out with updated estimates that emerging markets will be driving 80% of real global GDP growth in 2011 and 76% in 2012. It’s implausible that emerging markets drive the vast majority of global GDP growth and not see another strong year of growth in corporate sector profits. Developed market companies in the US and Europe continue to point to emerging markets as a growth engine. Companies like Nike haven’t seen any slowdown in emerging market demand recently. So the region will bottom based on improved sentiment which is impossible to forecast and when valuations are stretched to the downside. I believe that we at least have the second condition in place now:

EM currency declines from highs in the past month:

In conjunction with the currency market sell-off, BRIC stock markets have declined and valuations have contracted sharply. Here are the major EM equity markets:

In destabilized markets, valuations can get stretched to extremes. There needs to be selling fatigue as you run out of sellers before the markets can really turn. Savvy buyers will attempt to jump in at the first signs that the selling pressure is exhausted. This will be very difficult to time just right, but an approach of scaling into emerging market weakness at this point, without using leverage is a sensible strategy. I prefer overweights in China and Brazil as these markets have declined more, have lower valuations, and the most solid dividend yield support. Investing in EM after a period of a sudden dislocation and liquidity withdrawal has led to numerous instances of outsized returns. With valuations providing strong medium-term support to the markets (when panic subsides) I think it is reasonable to expect 100% returns over the next 2-3 years for investors who scale-in buy from here, without leverage, and can hold their positions while taking advantage of near term volatility and not reacting to the volatility.