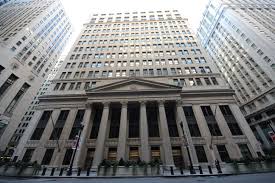 Yesterday, Charles Evans who is the ninth president of the Federal Reserve Bank of Chicago and a voting member on the FOMC, gave a speech at the European Economics and Financial Center in London. This speech goes too far with starting to push the Fed towards more stimulus as the returns from additional stimulus diminish. The debate revolving around additional Federal Reserve accommodation also made its way to the WSJ this morning. I believe that the economy is actually much stronger than is being presented by the media. Yes the unemployment rate is 9%+ and it has been tough to work it down, but the Fed can do little at this point to actually create jobs. The incremental returns from additional monetary stimulus aren’t needed and become risky with respect to the unintended consequences of creating bubbles in commodities.

Here is a link to the full Evans speech

Charles Evans made the points that since we are pretty close to the inflation target and very far from the unemployment rate which is consistent with NAIRU (Non-accelerating inflation rate of unemployment) then the Fed is not fulfilling its dual mandate. While the above observation by Evans is true, he doesn’t present any compelling evidence that actually implementing additional measures would create more jobs.

The conclusive statement from Evans:

In the more optimistic case to which I subscribe, the productive capacity and potential wealth of the U.S. have not been permanently damaged and currently unused resources are still productive. Accordingly, in my opinion, monetary policy should be used more aggressively to increase aggregate demand. In time, a reduction in excessive risk aversion, supported by natural market forces would reestablish the fundamentals that previously supported stronger growth and full employment. In this way, large social losses would be mitigated. By stimulating aggregate demand, we can have “Morning in America, again” and our best days can still be ahead of us.

In my opinion, we are at the point where the Fed could certainly hinder aggregate demand (there were aspects of this post the Great Depression) but the Fed can do very little to stimulate it through non-traditional monetary policy. Evans pondering that the wealth stock of the US isn’t permanently impaired is an indirect way to say perhaps we can artificially inflate either the stock market or the housing market. Nooooooooo! The stock market will be fine on its own and will be on sounder footing by not getting in the way of corporate profits and enacting sound policies which minimize artificial imbalance. The housing market cannot be distorted. We are close to the point where housing has bottomed anyway and we just need some patience for demographic factors to actually turn the housing market up. I am confident with respect to the housing market (over the next few years) because longer-term measures of housing affordability have been reached. The speech tonight from Obama is more important because fiscal policy does have the ability to stimulate the economy at this point. Unfortunately for the US (and world) debt constraints relative to GDP have been reached. Obama’s speech is important because any additional fiscal stimulus will need to be met with spending cuts and longer-term austerity. So there is no longer an easy pick-up in the economy from net credit based government spending. We need to be wiser about our spending, cut wasteful costs, and maintain targeted and effective fiscal stimulus that actually can promote jobs. Regulatory and tax policy is also much more important than monetary policy at this point. In short, as a country, we are now walking a tightrope.

I believe that the corporate sector is well situated for the current environment and has gotten ahead of the government sector in terms of “getting the house in order”. A strong (and profitable) corporate sector is a very good thing with respect to maintaining the jobs that we have and with respect to our ability to foster an environment of job growth in the future. Therefore Obama shouldn’t attack our corporate sector for “not paying their fair share” or for flying in too many corporate jets. Hopefully he has some advisers which are getting him to tone down populist rhetoric. One of the best things Obama could actually do to help create the aggregate demand that Evans is so desperate for would be to act like a more business friendly president. Fewer attacks on business, corporate profits, and fewer threats of raising taxes would help the corporate sector with respect to visibility and also be market friendly. Visibility can help create jobs and a strong stock market goes a long way to creating aggregate demand by improving the household sector’s net worth (let’s just not boost asset values with a quick fix or in an unsustainable manner). Even if the unemployment rate goes down in painfully slow fashion, it may entail a “Goldilocks” scenario for corporate profits which can reap the benefits of nominal global GDP growth driven by emerging markets while unit labor costs are contained domestically. I’ll be discussing this final point which is bullish for the stock market more in the future.