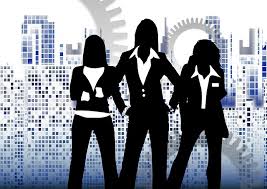 There has been considerable airplay relating to the “near recessionary” levels of many economic indicators in August. Readings for consumer confidence, economic optimism, and Fed Surveys from Philadelphia, New York, and Richmond have all contracted. These items have led many economists and forecasters to predict a sharp downturn in ISM (released Thursday), and have led to reductions in GDP estimates for the full year. I don’t believe it is being Pollyannaish to want to see some of the severe weakness in actual measured data (as opposed to weakness in survey data). The two series I am keying on to see signals of a “roll-over” in the economy are initial unemployment claims and higher frequency retail sales (from Redbook and ICSC –yes which are surveys – and from companies which report monthly chain store sales).

Today we see the first glimpse of sales data that encapsulate the lead-in to Hurricane Irene. ICSC was up 3.0% Y/Y this week, Redbook was up 4.0%. The ICSC growth rate was flat vs last week and Redbook’s growth rate improved 40 bps vs last week. The detail for the Redbook provided some evidence of a pre-hurricane sales pickup which will make company sales releases for August (released Thursday morning) somewhat difficult to interpret. The growth rate for discounters was +5.0% which is where the majority of pre-hurricane sales would fall. Sales at department stores were surprisingly, up slightly vs last week (+2.1% vs +1.9%). 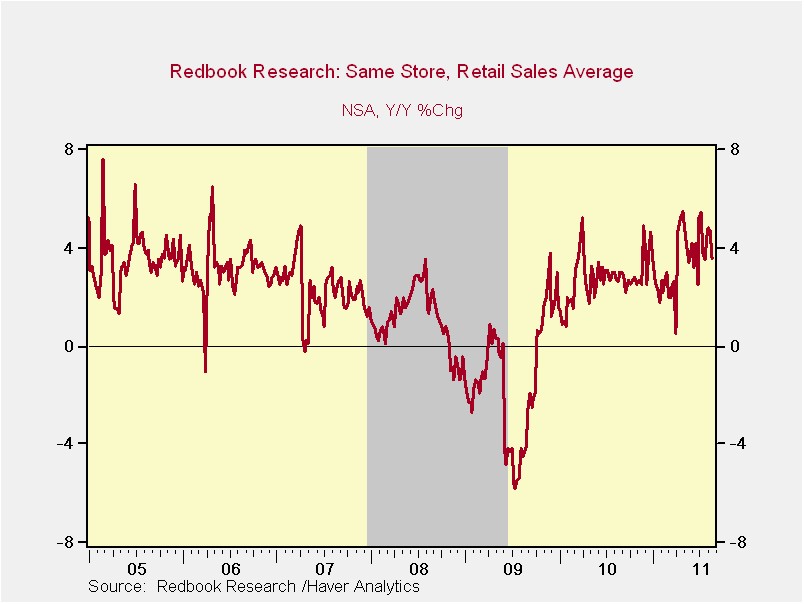 It should be clear to all who follow the economy and markets that retail sales matter, but I thought it would be helpful to review the data to provide some perspective on it. The two important items to scrutinize from retailer chain sales are the direction of the recent trend and the level of the growth rate. For an economy that is decelerating from some sort of trend growth rate, into a recession, there should be an observable deceleration in retail sales. In 2008, we saw this when sales went from a 2.0% growth rate in the first half of the year to a flat and then negative growth rate in the second half. Moreover, by 2009, Redbook chain store sales were sharply negative. Contrast this to the environment of steady and solid 3-4% positive chain store sales growth rates in 2011. Chain store sales represent a nominal rate of retail sales growth but they are limited to sales coming from “identical stores”. Sales from new store openings (growing square footage) are not included. The types of retailers surveyed, Costco, Target, drug stores, are generally public retailers which are growing market share vs private retailers (mom and pop) and also have somewhere between a 1-3% additional growth from new footage (though this has slowed since the financial crisis). Not surprisingly, nominal PCE tends to grow at about a 1.5%-2.0% faster growth rate relative to Redbook (it captures sales due to square footage). Redbook tends to run about 50 basis points ahead of Real PCE growth (if you want to use a rule of thumb). Given that PCE is 71% of US GDP (as of Q2) I have a hard time believing that 3-4% chain store sales will be consistent with a recession. The weaker GDP growth in the first half seems to have been particularly impacted by sharp slowdowns in Government Spending. The state and local spending declines will continue, but I don’t think we’ll see a lot more quarters between now and the election where Federal Spending drops at a 9% annualized rate (like it did in Q1). Federal spending picked up to a positive 2.2% growth rate already in Q2.

At risk of having carried on way to long, it should be clear that either the economy is not as weak as it seemed in the first few weeks of August, or there needs to be a sharp slowdown in a couple of measures that are not survey based but represent actual activity. Those measures are retail sales and increased layoffs. Needing something to happen to create a recessionary condition is much different than already being in one.