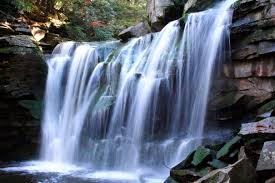 ICI mutual fund flows for the equity asset class (Aug) were released today with an outflow of $23.5B which rivals the exit from equities back in the depths of the financial crisis (late 2008). This marks a stunning, abrupt, run for the exits. While the analogies to 2008-09 abound, we think there are “dramatic” differences. Our banking system is much better capitalized, households have deleveraged, and the economy has shown no signal of imminent collapse.

The good news: the data is reflective of what already happened, not what will happen! There is no predictive statistical significance between mutual fund flows and go-forward stock market returns. The relationship is spurious and as much a contrary indicator as anything else (see the large outflows in late 2008 and early 2009). This reminds us of a wonderful scene played by Lennie James “Sol” in Snatch:

While CJF was ultra-bearish all through 2008, this cycle is different and the across the board pullback likely a buying opportunity.