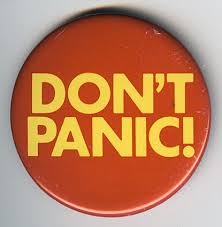 As the financial press quotes “investment professionals” each and every morning on the front page of the WSJ or the TOP bloomberg story with mention of how dire the market and economic situation is, and how there are many similarities to the feel of 2008 – I thought it was a good time to highlight how things are actually different:

1)  In 2008, the housing market imploded, which was a seminal event in terms of US household wealth destruction. House prices ran unabated (up) for three decades and were proclaimed to “never go down”. The value of the national housing stock is down 33% from the peak. The wealth destruction from leveraged ownership to housing has and is impacting consumer spending. To have the same negative impact over the next 3 years, we need another 30% dip in the value of our housing stock.  Not happening. Housing is much more affordable now and at normalized long-run affordability measures. This is a primary reason why the outlook isn’t as dire.

2)  The stock market (S&P 500) imploded from about 1,550 to 800 (it was only below 800 for a week or two). Heading into the crisis, the S&P 500 forward earnings multiple was 16x. Now it is between 11x-12x depending upon forward earnings estimates. There is simply less downside to the market vs 2008 because we are coming from a lower level, with more earnings and cash flows, not to mention the accretion of 3 years of profits and cash flows which have been used to pay down debt, build cash, and add intrinsic value to the S&P 500. Thus there is less downside in % terms from the stock market relative to the 50% decline we saw in 2009. There will be a less negative wealth effect on the economy.

3)  The US Financial System is well capitalized. There are no solvency issues with Citigroup, BofA, JP Morgan, Morgan Stanley, or Goldman Sachs. Period. The stocks may not be great investments from an earnings power standpoint, but they do not need to be bailed out. All these companies have issued equity and raised capital.

5)  The corporate sector is lean and mean. This is a positive. To have a nation’s corporate sector be well run, efficient, and profitable is a very good thing. If we do go into a recession again, there will not be as many layoffs as in 2009. After all, unemployment is still above 9%, there isn’t that much more fat that corporate America can trim. This is good from a household income standpoint.

6)  There aren’t any signals of liquidity stress or a credit crunch in the US. Interest rates are much lower than in 2008, and corporate credit is available to all credit-worthy companies.

The above factors, and many others, lead me to believe that even in a recession, it will feel like a “normal” recession, not similar to the crisis of 2008. The downside to the stock market is probably around 950 on the S&P which is an additional 16%. Dividend yields and cash flows will support the market’s valuation at these levels. If we avoid recession, there is easily upside to 1,400 on the S&P 500 which is 23% plus dividends. The risk-reward dynamics to the economy and the stock market are the reasons I have been constructive on this pull-back.