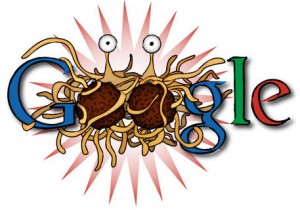 Google (GOOG) was highlighted in a post we did after the announcement to acquire Motorola on 8/15/11. In actuality, Google has the opportunity to produce 20-30% stock price returns for a number of years as investors today are buying into the stock at the ex-financial crisis low valuation.

We break down Google into the following 5 drivers:

1) Google Search – own the business that redefined the internet

3) Mobile Dominance – Android many moves ahead on the chess board

5) Social and Relevance of Google+ – other irons in the fire

As opposed to more formulaic Wall Street thesis, we’ll present the Google investment thematic and keep things big picture. Towards the end of this piece we’ll highlight a number of business trends and financial estimates.

Search continues to generate the largest part of Google’s total revenues (almost half). Google search provides a distribution platform where consumers are directed to highly relevant content which is effectively monetized by advertisers. The size of the overall digital advertising market is still nascent and every major branded consumer company has plans to continue to shift advertising dollars from traditional media to digital media. On-line advertising only comprises about 15% of total advertising spend in the US, and less than this in the rest of the world. Industry experts expect this to grow rapidly and CJF estimates that half of advertising spend will be internet related in 7-8 years. Google dominates analysis of content, relevancy, and ultimately search on the internet (65% share). Google as a search engine is used more than Yahoo, Bing, and AOL combined.

GDN is comprised of You Tube (a stellar acquisition), Google Content Network (which are the display partners), DoubleClick’s advertising exchange, and AdMob (for mobile display). Google Display advertising has traditionally lagged behind Yahoo (but now has caught up) which has been historically able to leverage the Yahoo portal and email in order to drive display adds. The problem for Yahoo is that search market share declined while user engagement with the portal and Yahoo affiliate websites trended lower. Google developed AdSense in order to optimize the display advertising with Google partners relative to content. This has been a home run for Google which has been one of only two companies to gain share in Display Adverting (the other is Facebook). You Tube was acquired for a mere $1.6B and has led to dominance in total videos on-line (the closest competitor is Hulu and Google sites have 7x the content).

The success of Android (Google’s open source mobile operating system) is stunning. Android achieved #1 market share and caught the attention of the rest of the industry as evidenced by a number of lawsuits (Apple against HTC and Oracle against Google). Google’s strategy has been to gain meaningful share of the mobile operating system for smartphones, which has been exploding growth-wise. Upon having high market share and an installed base, Android ensures that mobile search is done with Google’s search engine which fosters more advertising revenues. That is what Android is all about, market share, and facilitating Google search. Let’s consider Chrome at this point, another awesome product with open source code that Google doesn’t make any money on directly. While Chrome isn’t a direct revenue stream, search conducted on Chrome is on a Google engine at a much higher rate than search with another browser. Voila, Chrome drives search which drives advertising revenues. Back to Android, Google has mentioned that over 550,000 Android devices are being activated per day. Google Offers and Google Wallet are also initiatives which Google has some inherent advantages in that will help drive future mobile search. Thinking about the future value of Android and mobile search, it becomes clear why Google acquired Motorola. We believe they will let Motorola run as a stand-alone business unit, and simply hold on to the IP which can be used to counter-sue aggressive legal attacks down the road from Apple and Microsoft. Motorola was purchased with a year’s worth of free cash flow and will be accretive to earnings so this was a reasonable “defensive” acquisition. Motorola will not earn the same ROIC as core Google, but it will be accretive to cash flows and EPS.

International revenues were 54% of total company in Q2. There is tremendous opportunity for outsized growth in this area which is often over-looked. Google has a developed business in the UK which is a slow growth economy. This has been the result of earlier investment years ago. At present, Google has large enough businesses in a number of emerging economies which are helping to move the needle overall. In the recent quarter, Brazil and Russia were highlighted as growth drivers.

We view the recent initiatives with social and Google+ as call options on a much higher stock multiple. Note that Facebook has over 3x the valuation multiple in the private market that Google is being awarded in the public market despite having better liquidity, and a more established business model. If Google+ can achieve partial success the initiative will help improve search relevancy by incorporating more social features (likes) and solidify Google’s status for years to come. Google is in beta test with Google+ and has only launched the product by invitation. Expect a large splash and marketing campaign to nationally launch the product when Google feels ready. Success in this area will drive the stock multiple higher.

CJF models Google revenue with a sustainable 20%+ growth rate. Sales growth should be higher than this over the next two years and settling into a 20% growth rate in 2013 and beyond. A short-sighted Wall Street community does not give credit to Google for two important areas where the company has been successful in the past; innovation and acquisitive growth. I believe that Wall Street has a bias to the conservative side because analysts get very uncomfortable with forecasts they can’t support with precision. Even Google doesn’t know the precise monetization path for Android (and other initiatives) but they are focused on achieving superior financial results in the long-run. Google has an excellent track record with achieving growth from mid-large size acquisitions as evidenced from YouTube, Double Click, and AdMob. Again, the Motorola deal was defensive in order to entrench the position of Android which has become quite valuable to the company and has the potential to move the needle.

Margin and Other Financial Trends:

How I drive the CJF Model: