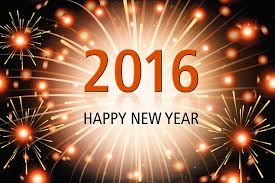 “I would say happy new year but it’s not happy; it’s exactly the same as last year except colder.”

I find the quote fitting for financial markets, and CJF prognostications, after a very tough 2015, and an inauspicious start to 2016, with a week-one tailspin around the globe.

The setup for 2016 isn’t pretty, and investors should brace for a potential sharp pullback in markets, and heightened volatility through the year.

3) liquidity (tug-a-war between Fed and “other”)

The S&P 500 valuation swelled from 12x forward earnings in 2011, to 17x in 2015. While the market multiple is now somewhat off its high, it remains in the 16x vicinity. High valuation raises the bar for economic/earnings growth to come through to support price levels. It’s just not a good set up. We are 8-years in to an economic recovery, and profits/profit margins are high, and valuation is relatively high. Bad combo. The economy is set to slow relative to 2015 based on global pressures, Fed tightening, higher rates (potentially), and choppy/down asset prices.

Low crude, energy, metals, commodities in general, contribute to a deflationary process which plays out with a lag. The spreading of deflation throughout the economy happens in slow motion. Many sectors directly related to commodities were “un-investible” in 2015, and remain highly speculative for 2016. Be on the lookout for knock-on effects as the deflation/low commodities impact spreads throughout the farm economy, equipment sales, regional banks, railroads, high yield credit, etc…Deflationary issues will broaden.

Lastly, liquidity is tightening within the US. In the 2009-2015 bull market, increased/maintained liquidity supported asset prices whenever the economy slowed or fundamentals waivered. Unprecedented liquidity, from 2009-2015, drove a dramatic valuation re-rating of stock prices and contributed to a large portion of returns. Reduced liquidity will weigh on valuation, particularly during growth scares. At best the market will hope to hold on to its high valuation while the possibility of the market multiple falling to 14-15x is real.

USD strengthens against the euro, yen, yuan, and EM currencies

the 4 horseman of “FANG” all have a down year

China devalues its currency by 5%

EM currencies and stocks are generally down

Hong Kong abandons its peg to the dollar

Saudi abandons its peg to the dollar