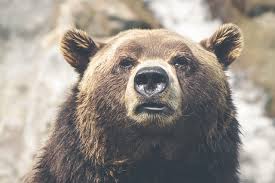 It’s been a difficult market since the dog days of summer. After 10-months of exceptionally low volatility, a fierce downdraft set in during mid-August. Lower stock prices, and volatility, will persist, simply because the conditions to go right back to the old dynamic aren’t in place. There isn’t enough global growth to support stock prices at high valuations. Full stop. Investors got complacent, extrapolating higher trends in stocks price as growth around the world slowed; a bad combination.

For perspective, the market (S&P 500) got close to 18x forward (1-year ahead) earnings at the high of 2,131. An 18x multiple represents an incredible move from the 12x multiple the market achieved during most of 2011. QE set in motion exceptionally low interest rates and a stock-market re-rating. The ability for policy makers to continue goosing the market reached its expiration date. Why the game has changed:

The slowdown in China is broad, deep, and not well understood. EM investors are acutely aware of the realness of the China lull; commodities are in liquidation, and knock on effects to other emerging economies (Brazil, Russia, Southeast Asia) are rampant. A China slowdown is troubling; the world has never been through one with China ranked as the #2 economy. China’s economy is unbalanced, needs to lift its household sector (consumption) and allow the export sector to slow. That China is supporting its domestic A-share market (after it crashed) and the currency (after a mini-devaluation) inspires little confidence for investors.

Exiting a period of zero interest rates, after 7-years, is no easy task. The Fed promoted a “risk-on” environment by maintaining ZIRP for so long. Financial markets, housing markets, and corporate profits were supported for an extended period. The Fed is finding it difficult to take its foot off the gas. Contradictory statements from Fed Governors, on a daily basis, create confusion and uncertainty. Markets don’t like uncertainty. Just today:

The debate continues during a period when economic growth and inflation pressure will be less than September. The stock market is much lower. It’s all very awkward.

The commodity rout spirals lower and OPEC shows no desire/ability to constrain oil output around the world. Saudi Arabia wants lower prices to destroy US fracking, Iraq is producing oil more efficiently, and new capacity is just coming online out of Iran.

Brace for the market to trade at a multiple that reflects policy uncertainty and growth challenges around the world. Conservative estimates for S&P earnings in 2016 are $122. This would price the S&P at 1,830 (a few percent lower) though an overshoot, and opportunities to buy/cover below this level are likely.