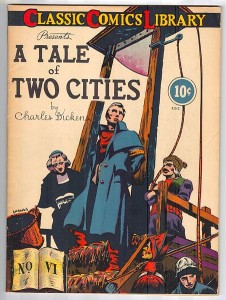 Last week’s “second” 1Q14 GDP print revised to a -1.0% annualized growth rate relative to the prior print of +0.1%. The second 1Q14 GDP print was shrugged off, with equity markets rallying to new highs, in impressive fashion, given the seasonally low volumes around Memorial Day. While the 1Q14 print is still not “final” (there will be third print, and an ultimate benchmark revision) there is little fear for two consecutive down GDP quarters; the typical definition of a recession. Nonetheless, the real economy is still punk. The performance between the real economy, and the environment for corporate profits, is often confused, and wrongly, treated as one and the same thing. CJF holds the view that what’s ok for the economy is a nirvana for corporate profits. If the economy is too weak or too strong, a material pull-back in the market is likely to ensue.

Donald Boudreaux, wrote an impressive review of Thomas Piketty’s “Capital” which has garnered attention in the US financial press. Boudreaux pointed out the flaws in Piketty’s thesis, including the complete lack of analysis at a microeconomic level, and ignoring the benefits of what the invisible hand of the free market can produce for society, as it innovates for profit. CJF agrees with the gist of Mr. Boudreaux’s editorial and holds the belief that when returns on capital exceed the growth rate of the economy -it is not only a good thing – but a necessary condition for robust and vigorous economic health. A strong corporate sector ultimately creates new jobs and income growth, and even if that growth remains below corporate profit growth, it’s still better than it otherwise would be. It doesn’t work the other way around, through centralized planning. The historical success rate for deep socialist/communist experiments is irrefutably poor.

The US economy is still seeking out its “exit velocity” – defined as a return to pre-financial crisis growth rates of +3-4%. For several reasons, this growth rate may no longer be possible in a sustainable fashion. A list of potential reasons why:

*law of large numbers – US economy is the largest relative to other economies with cheaper input costs (labor) wishing to produce the same goods and services for less.

*technological advancement – this is always the case, but industries are automating away jobs in a step-function fashion.

*demographics – the aging of the planet, particularly in developed markets, is leading to an uptrend in the dependency ratio and driving a higher savings rate.

To be clear, the aim of policy makers should be to generate the maximum level of non-inflationary economic growth as opposed to corporate profit growth. US policy makers deserve credit for trying to boost economic growth for the lower/middle income cohort relentlessly. Spending initiatives, re-ordered tax policy, and fed policy, all represent attempts to create “exit velocity” towards stronger overall economic growth. Perhaps, despite the tremendous efforts, this is too herculean a task! It’s probably as good as it gets for sometime in the US, Europe, Japan, and China too. The above three items simply conspire against policy maker goals and much faster growth.

The ancillary impact of the above-mentioned dynamics is a nirvana of an environment for the stock market:

It simply can’t get much better. But it may continue for much longer than expected. If policy makers continue to huff, puff, and blow the economy forward, it may be just enough to push the economy along, at least a little bit. The financial crisis removed many conditions for excesses – which almost always are the drivers of a recession.

With a “little bit” of economic growth – the US stock market, full of the best companies in the world can:

*hold an average to above average multiple of earnings

*take advantage of the cheap cost of debt, and capital allocation, to drive earnings growth up from +MSD to +8-10%.

The market may be lifting off again simply because it paused for 4-5 months in 2014, and nothing has changed. The dynamic remains and earnings continue to grow. If the lift-off is happening – the S&P could swell to 2,100 next summer with little, or no, multiple expansion from here.

What a bull market!

A chart to ponder (from Macrofugue Analytics) – age dependency ratios in US, Japan, and Germany. Note the acceleration upward in the US staring….right about now. Is the US 10-year yield really going to 4%? Really?