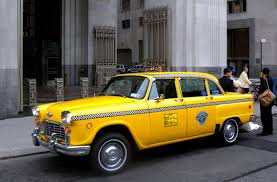 Bloomberg recently reported that New York taxi medallions changed hands this October for a record $1 million. There have been a number of reports over the years demonstrating that investment in taxi medallions outperformed stocks, bonds, real estate, and other financial assets. While this may be true, the yield has clearly come way down making investments at the new elevated prices much riskier. Reportedly, a $1M taxi medallion returns $2,500 in profit per month ($30k per year) which amounts to a 3% annual yield. The argument for medallion investment revolves around the regulated supply and recession-proof taxi fare industry dynamics. There is a public company called Medallion Financial Corp (TAXI) which has participated in the bull market. The company offers financing for the purchase of the medallions, has purchased some 300 medallions, and also operates a taxi rooftop advertising business. The stock pays a solid dividend and yields 6.5% which is more than the medallions individually. Without having a viewpoint on the shares of Medallion Financial there are a number of bubble-type characteristics that investors should be wary of in the medallion market.

Contrast investment in taxi medallions, which yield 3%, to investments in consumer staples such as; Procter & Gamble, Colgate, and Heinz which are regulated by Regulation Fair Disclosure, have best-in-class management teams, are geared towards diversified global growth, are liquid, can be traded with low commissions, have transparent prices on an exchange and also yield 3%. Caution is warranted for those contemplating a $1 million purchase of a taxi medallion.