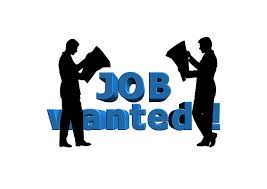 In a curious press release, the Department of Labor came out this morning and highlighted some atypical calendar alignments for the unemployment claims data which make it more difficult for the government to adjust the not seasonally adjusted claims data for seasonal changes. As a result, the seasonally adjusted claims data fell by 37k to 391,000 claims which would be the best data since the first week of April. The Labor Department mentioned that the seasonal adjustment in claims heading into the last week of a quarter typically look for a drop in the raw data. This year’s data were expected to rise slightly, so the pre-released seasonal adjustment factor was set to revise the claims data lower. In actuality, raw claims came in without any abnormal increase and actually fell. The Labor Department adjusted this number down further do get to a sub-400 seasonally adjusted claims figure. It is important to note that the Department of Labor did not quantify any of the abnormal seasonal impact – so the exercise is left to economists to do so this morning.

If your head is spinning, I’ll take the blame. But I’m focusing on this arcane topic this morning because the futures have popped higher and the strength of our labor market is a key variable in assessing recession probabilities. I have poured through the raw data and don’t see anything abnormal with the Department of Labor seasonal factors for the 4th week of September.  I think what the Department of Labor meant to express is not that the direction of the seasonal adjustment was off this year for the  current week but that it was slightly higher. I present a table below which shows the past 5 years worth of raw unemployment claims, seasonal factors, and seasonally adjusted claims data. If I use the average seasonal factor for the past four years I would get to a seasonally adjusted figure of 398. So perhaps the adjustment caused an extra dip of 7k claims. But whether the seasonally adjusted claims data are legitimately 391k or 398k it is still a number which reflects improvement, it was still much better than street forecasts of 420k, and it is still a figure which is utterly inconsistent with any type of recessionary environment.

A second explanation for the drop today is that Hurricane Irene had a greater impact on unemployment claims earlier in the month. But this would also be a positive because it would suggest that recently there has been some pent up filing and that estimates running in the 420-430k were artificially high.