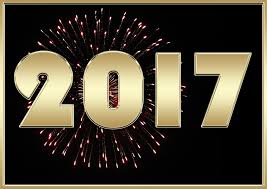 2016 started in a tailspin with spiraling China meltdown fears. Those fears proved to be ill-timed, and against most prognostications, despite BREXIT, the start of Fed rate hikes, and the looniest election anyone can remember with a shocker outcome, the market went on to have a gangbuster 2016, producing a total return of 12%. The Trump rally surprised most, and despite highly unpredictable tweeting habits, and inflammatory comments, the markets took to the perception of the return of a business friendly administration.

2017 started with complacency, and the Trump driven market getting “the benefit of the doubt”. Interest rates are modestly higher, though this isn’t thought to be problematic because stimulus is proposed to support US GDP growth. Jobs are being talked/threatened back into the US. The financials exploded on higher rates, the prospects of the end of financial repression, and the potential for a more favorable regulatory environment. Industrials, infrastructure, construction, and housing sectors are all very strong on Trump. The VIX hit multi-decade lows with a 10 handle. Lower corporate taxes (proposed by Trump) will support earnings, particularly for small caps (Russell) which tend to be domestically oriented companies. Even multinationals which are somewhat out of favor, will benefit from repatriation policies if Trump pushes this though. There is something for everyone in the January 2017 market and the first month of the year produced a positive return with the NASDAQ leading the way in a general risk-on environment. Perhaps the start of the year will produce some head-fakes and there will be actual hiccups along the way in terms of policy implementation, and job creation from the administration’s bully pulpit. It won’t be easy to undue multiple decades of globalism and outsourcing within the manufacturing sector. It’s unclear how much should actually be undone.

CJF experienced a poor year of predictions in 2016. That the market would be down and rates close the year below 2.0% were both flat out wrong. CJF did predict the strength of the USD, one Fed rate hike only, and the rally in gold. One year/two year predictions are important so far as gleaning mega-trends. Few investors these days have the patience and mettle to invest without any sort of reaction to quarterly or half-year trends. As far as mega-trends, high valuations remains in place, as they persisted throughout 2016. This is a reality and a risk to investing this year. High valuations don’t make the market uninvestible, but one should be cognizant of where valuations are too stretched, and where relative opportunity exists. The biggest potential theme change for 2017 is the shift from deflationary trends under an uber-accomodative FED, to inflationary trends, under a stimulatory Trump administration. This one theme is perhaps the single-most important in shaping a 2017 investment stance.

There are opportunities in both baskets of investment as 2017 commences. Select stocks will benefit from a return to inflation, and may see operating results inflect positively. And there are companies with stability, and high yield, that have come down in price, that will benefit from current price levels if inflation never really takes off. CJF is starting the year with a basket of inflationary and deflationary investments, taking advantage of decade low volatility to protect downside with cheaply priced options, and waiting for the upcoming year, and next 4-years, to take concrete shape with respect to policy initiatives and near term economic/inflation trends.