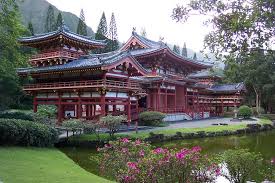 Beware of the one-way, one-speed runaway train! Usually in the normal chain of events the train stops, lets the passengers off, turns around, and starts going the other way. In a rare circumstance, all hell breaks loose and the train can’t be turned around and runs off the track and over the cliff. In the investment world it is rare to find this type of “accelerating in your favor (or against you)” investment theme. Two recent moves highlight how risks can be largest in the most comfortable havens. In less than a month, the seemingly invincible Yen has sold off from 76 to 81 (the USD dollar now buys 5 more) which is a 6.6% move, and a very large one-month move for the currency market. Not to be outdone, the commodity which has been described as an alternative currency, gold, swiftly sold off today not on an actual action or event but on the lack of one. Gold fell about $100 (over 5.5%) in a number of hours.

The Yen selloff was telegraphed. After all, the Bank of Japan expanded the Japanese version of QE just two weeks ago. The BoJ left rates unchanged but unexpectedly expanded the quantitative easing program from 55T Yen to 65T. The BoJ is going to buy lots of different types of debt both public and private. And, haven’t we heard this before, the BoJ is going to “inflation target”. Perhaps after 20 years of deflation there will be a better chance of success this time as the price level has made real adjustment in purchasing power parity terms. The above announcement makes sense for Japan but what is intriguing is how this time, the BoJ got what they wanted and the Yen actually corrected. This is important for an economy struggling to improve export-geared growth. Investors like the dynamic and have sent the Nikkei up over 9% in Yen terms this year.

Gold is clearly different from fiat currencies as the investment thesis has morphed from a commodity related supply/demand theme to a new global currency sheriff in town, hard-working and not to be depressed by central bank quantitative easing quick fixes. Gold has attracted a number of very smart investment managers over recent years from George Soros to John Paulson to David Einhorn. Some of the better known gold investors are attracted to gold with similar fervor but for completely different reasons. Today’s selloff in the yellow metal came about simply because Ben Bernanke didn’t highlight the need for additional quantitative easing in his testimony to congress.

There have been two large moves in perceived safe haven investment vehicles just this month. Last summer it was the Swiss Franc that suddenly became vincible. The takeaway is that currency and commodity moves will be prone to reverse more frequently when the world isn’t teetering into another global financial crisis. Fears of a crisis will come about but if things aren’t quite as bad trends reverse from being over-extended. When euphoria over a recovery comes about, there will probably be some disappointment as the recovery actualizes and trends will also reverse. Lastly, you have central banks and governments around the world seeking to balance the employment/inflation tradeoffs for 7 billion global citizens that generally wish to work and eat.