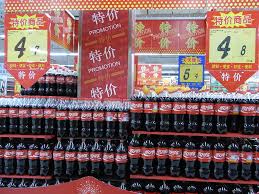 Overnight, China released inflation data for October, which came down as expected and declined meaningfully from the previous month. Chinese consumer inflation, which includes food and energy prices, rose 6.1% in September, and 5.5% in October. This data shouldn’t be a complete surprise because China is on a tightening campaign with higher interest rates, lower credit growth, and an exchange rate that has slowly appreciated this year. The actualization of lower Chinese inflation is  important because it provides the political cover for China to start easing monetary policy. In addition, many global commodities such as; copper, oil, cotton, wheat, corn, sugar, etc. have declined which will eventually help ease pressure on Chinese inflation.

The Chinese Producer Price Index also declined meaningfully based on the same factors. PPI inflation fell from 6.5% to 5.0%. This is the first time that Chinese PPI inflation fell below CPI inflation since December 2009. The PPI in China has confirmed all of the major CPI inflection points over the past decade which provides greater confidence that the decline in Chinese inflation is real.

Of course, Europe is at the forefront of the market’s attention. China’s inflation reduction is a meaningful development that will matter a lot when market fears of a global financial crisis abate.