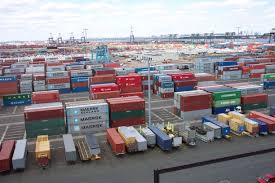 Markets in China rallied to start the week. Part of the rally resulted from “catch up” to US markets which closed strongly. But part of the rally was based on positive economic comments coming from Chinese officials. China’s President Hu Jintao pledged to focus on building imports which would boost global economic growth. IMF Deputy Managing Director Zhu Min, and National Economic Research Director Fan Gang, told the Asia Pacific Economic Cooperation forum in Honolulu that a “soft landing” for the economy was expected for China. The officials noted slowing inflation and lower bad debt at Chinese banks. To complete the string of positively toned news, there was also speculation that China was relaxing lending curbs which amounts to incremental monetary policy easing. Both the H-Shares (up 2.8%) and A-shares (up 1.9%) markets reacted.

China is beginning to ease policy. The current signs are subtle because there is no abrupt slowdown or hard landing taking place in China. Authorities are appropriately taking a balanced approach and starting the easing process cautiously. China has been focused on turning around inflation for a year and a half and now that there are signs of success, the government will be careful not to let the genie out of the bottle. I have been arguing that China has the levers to counterbalance export slowdown from Europe. One of the bearish fears in the market is that the financial crisis in Europe will lead to a sharp slowdown in exports from China (Europe is the largest collective export market) thus resulting in a global recession. I find this view far-fetched because it ignores the fact that China is in a much different stage of the monetary policy cycle relative to the US. If the US has shot five of the bullets in the six shooter, China remains fully loaded. China’s benchmark interest rates are still at 6.56%, the Yuan has been appreciating at a 4.5% annual rate, and the government has directly intervened to cool credit market growth and house prices. All of these items can be reversed quickly and a China easing cycle will be one of the pillars of global economic growth next year. China also has much less government debt (in the aggregate) relative to the US or Europe. If there is a point in the future when China has similar levels of debt to the US and Europe, an interest rates closer to 1%, a Yuan which is no longer appreciating and an economy which is cooling; then real China slowdown risks will develop. Fortunately, the Chinese easing cycle will start to be a counterbalance to the slowing effect on the world that results from European austerity.

China is also starting to let the trade balance adjust. Imports have been growing faster than exports and the trade balance is declining. There is seasonality to the data so some of the raw data don’t capture the strength of the trends very clearly but with seasonally adjusted data the positive China trade balance trends are more pronounced. Haver Analytics has a seasonally adjusted China trade balance which presents China at back around a neutral trade balance. The October data is just one month, and a trade deficit is likely to persist into next year but it will be lessening, which will ease pressure on the world’s largest imbalance in the future. Additional Yuan appreciation (even if it slows) will enable China to pull other monetary policy levers which help foster the development of domestic demand.