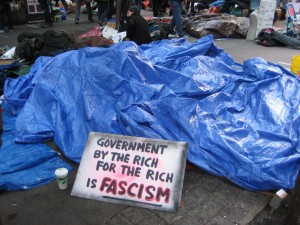 Occupy Wall Street is part protest, part Woodstock, and part circus act, but none of it has anything to do with Wall Street. I live in Manhattan and figured I would check out the scene this weekend not quite sure of what to really expect. There has been plenty of financial press calling the protest full of imbeciles and there have also been coverage of arrests and hard core protesting. After seeing the spectacle in full splendor most of the media coverage has been sensationalized. Upon arriving to Zuccotti Park early on Saturday morning I was immediately struck by the sanitation aspect of things. The downtown Manhattan park was something one would expect after a humanitarian crisis like Katrina or a camp for displaced refugees fleeing an oppressive dictator in a far flung part of the world. To see the sheer level of disorder and self-imposed homelessness with all the necessarily associated downgraded sanitary conditions is striking to see in New York City. Homelessness has been a problem that has been well contained in New York through tremendous outreach programs and social funding. Shelters while not a fun place to live, and soup kitchens while not fun places either are available for all who need them. There is actually a very small level of destitute homelessness in New York City save for the extreme mentally ill and stubborn who impose it on themselves. I thought to myself that Giuliani would have found an ordinance that was broken and put an end to the party by the second day.

To see this type of squalor taking place in the core part of Manhattan is what jumps out first and foremost. The protest itself is disjointed and as you walk through the park it becomes immediately clear that this is not really about protesting Wall Street. The protestors are a juxtaposition of teenagers and students, what I would classify as some hard core alternative lifestyle hippies, with a mixture of unemployed/retired union and military veterans. The whole group is really an odd ship of fools. It didn’t look like the union supporters and veterans were sleeping out there. The students and hippies were doing so to hammer home both their unclear points and their ability and willingness to sleep outside. It does generally get colder in New York City by November.

It has also been highlighted by much of the media that there is no clear goal or agenda or specific item to protest, there is no clear end in sight, nothing to win, and nothing to lose. This is of course true. A newspaper was being handed out called “The Occupied Wall Street Journal” (issue #2). Some handouts and the newspaper, published from the offices for The Alliance for Global Justice, on E Street in Washington DC, list some specific reforms related to the SEC, Volker Rule, and Wall Street compensation yet it is clear that 99% of the people sleeping out in Zuccotti Park aren’t aware of any of the details related to these items nor do they really care all that much. Why get bogged down in details? An event of this scale that has attracted some media coverage is a chance to protest much more, all that is wrong in the world in general. There were numerous legalize marijuana signs, there were anti-nuclear groups, Native American supporters, and Marxist advocates.

Lest the whole movement get a really bad rap, I will point out that the scene was really quite orderly, the people were friendly, excited, respectful and happy to be heard. I observed a social pecking order of sorts as some of the older hard core hippies acted as “the adults in the room” and were leading chants and making a big push for donations. The tourists and visitors who were checking things out were giving lots of five and ten dollar bills. Perhaps this was their small protest of all that is wrong in the world or perhaps the giving was out of sympathy for the wretched conditions. I realized that this will continue for some time because the movement is generating enough revenues to keep the peanut butter and jelly sandwich station full and provide lentils in the evening. With nothing else to do, this is at least a chance for an all expenses paid camping trip in the middle of downtown Manhattan. The only major drawback is that the only shower options are the public bathrooms at McDonald’s and Burger King. I’ve written more than enough. Here are some images of what i saw in the park: 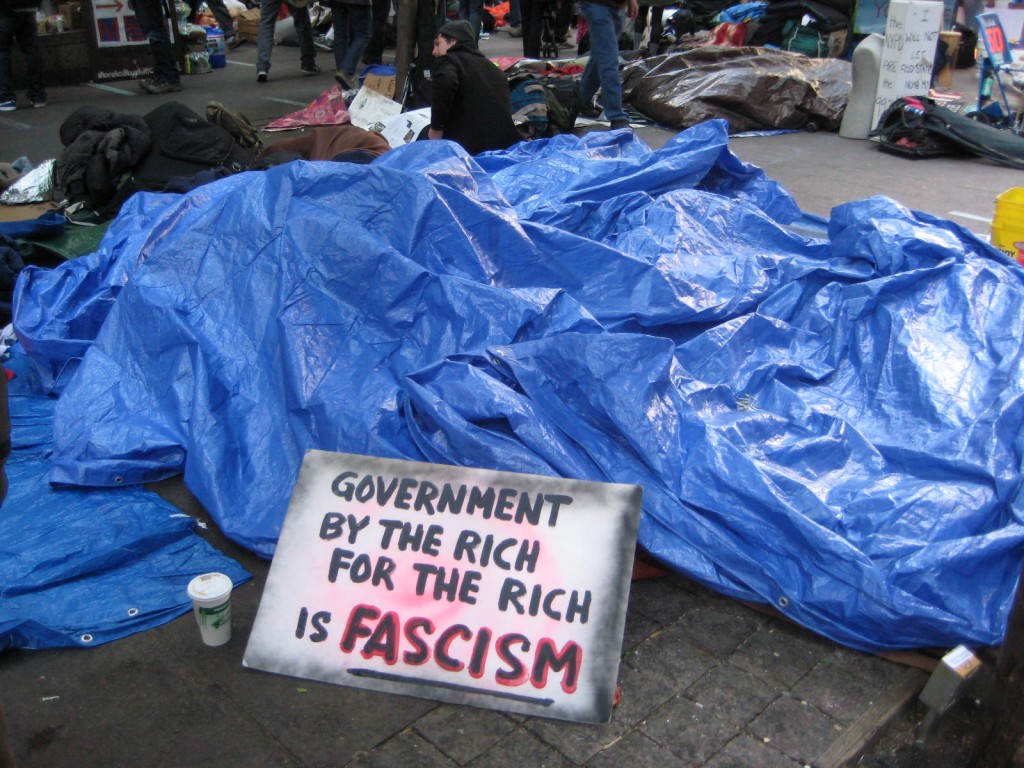 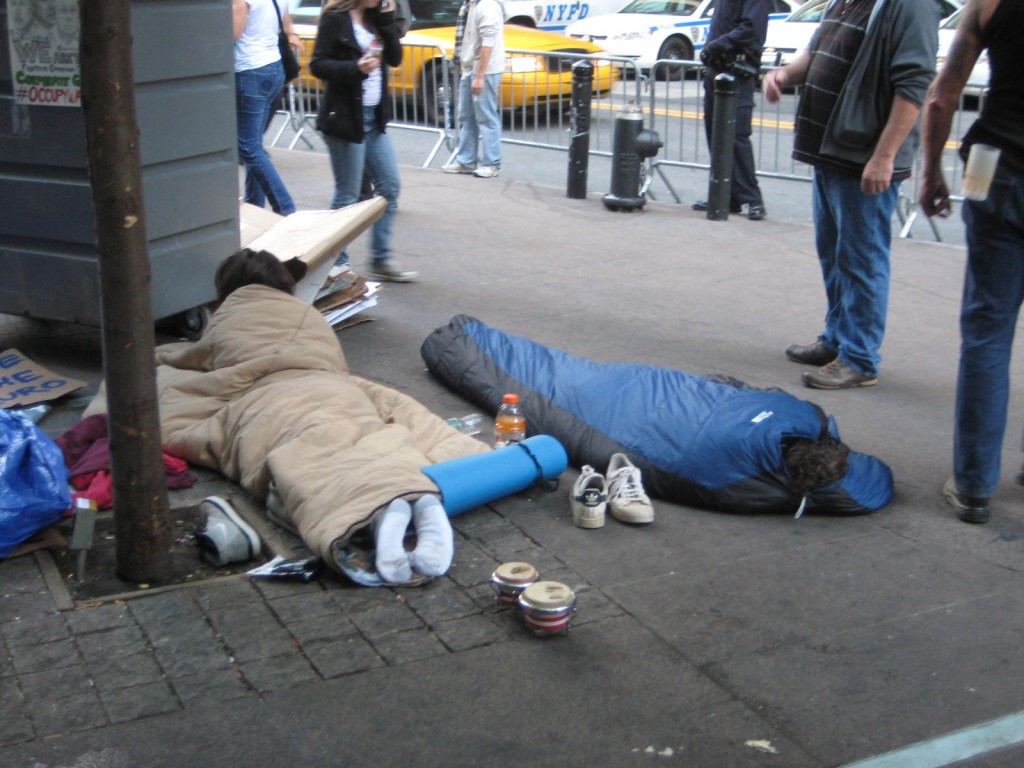 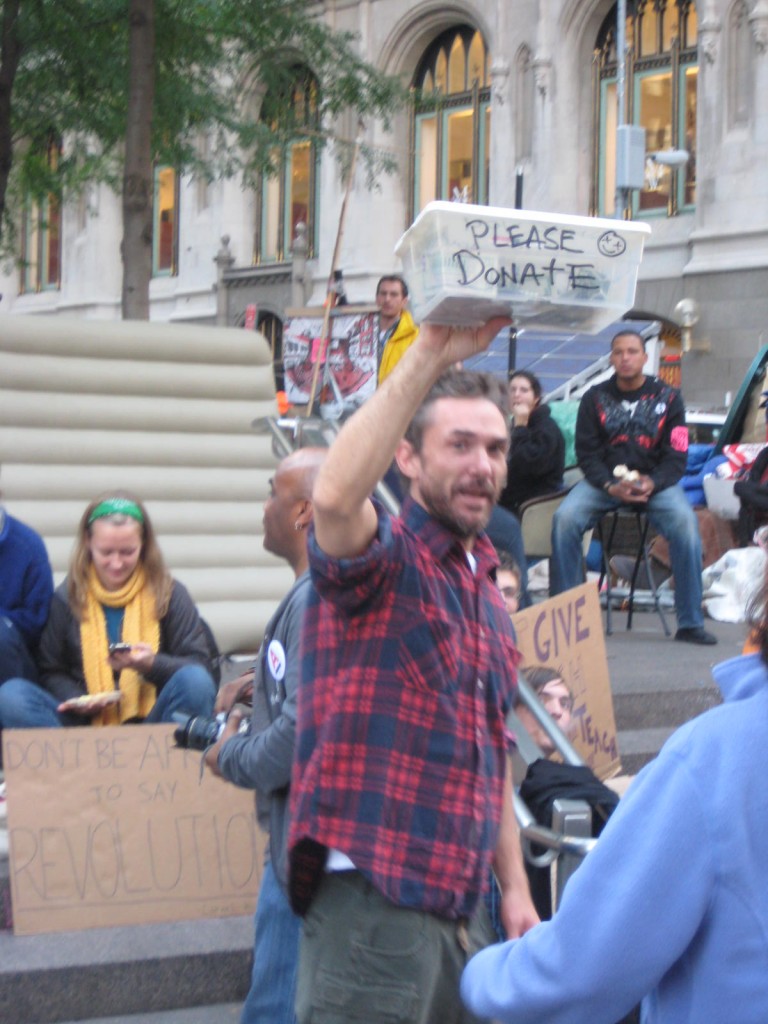 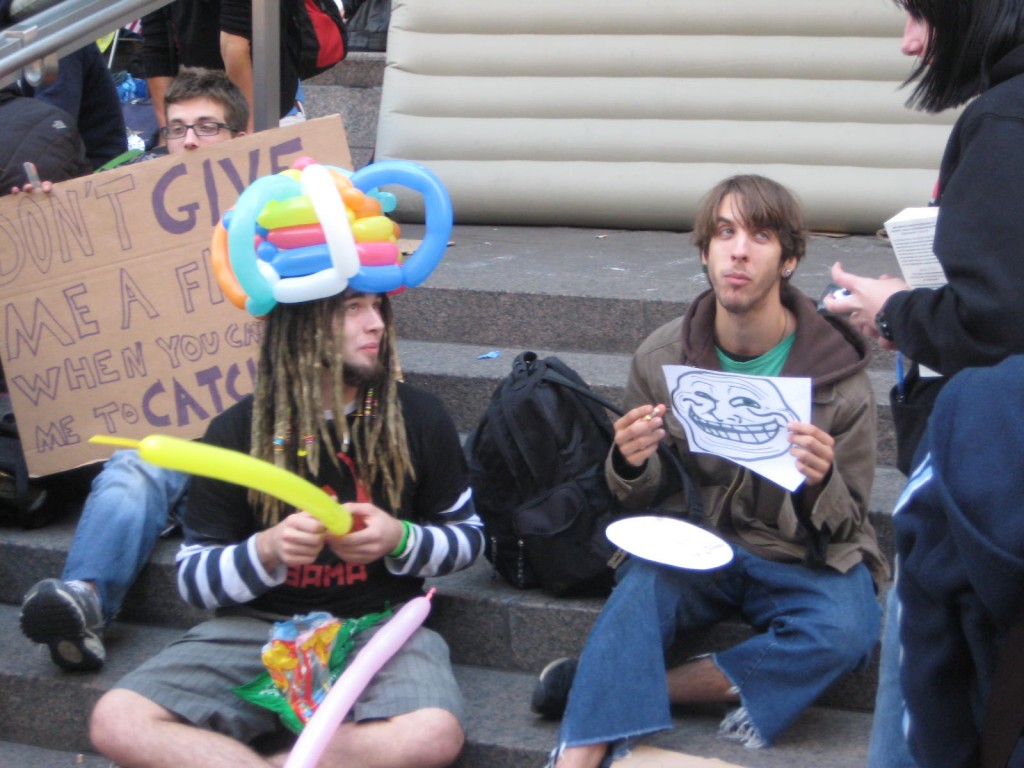 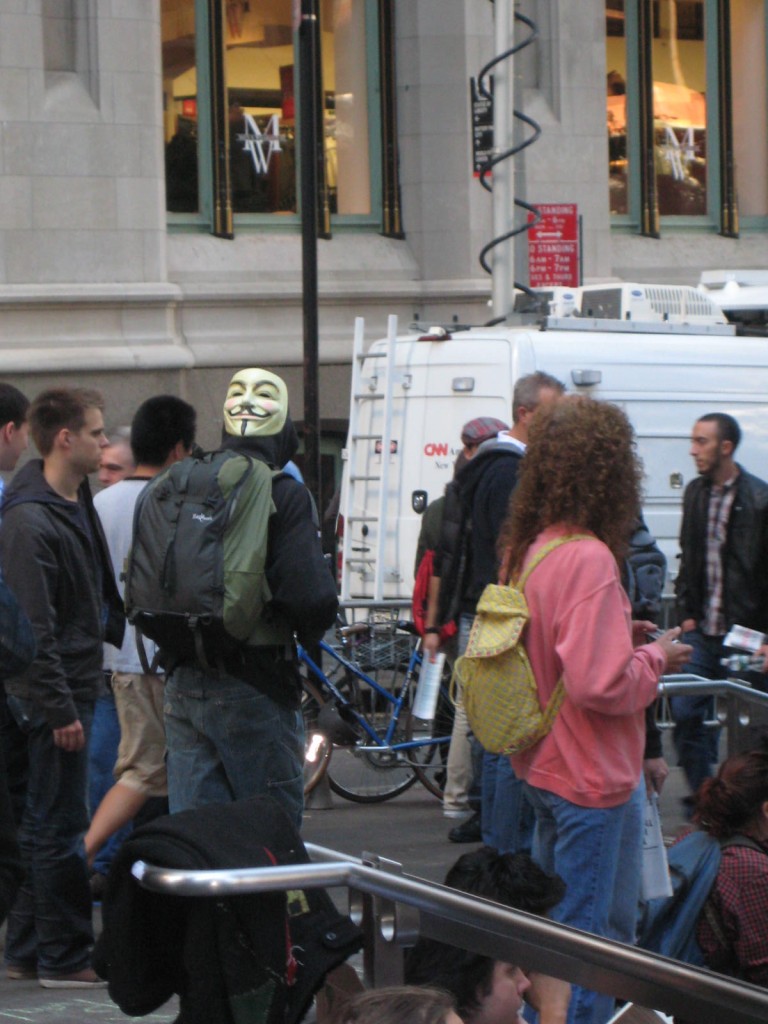 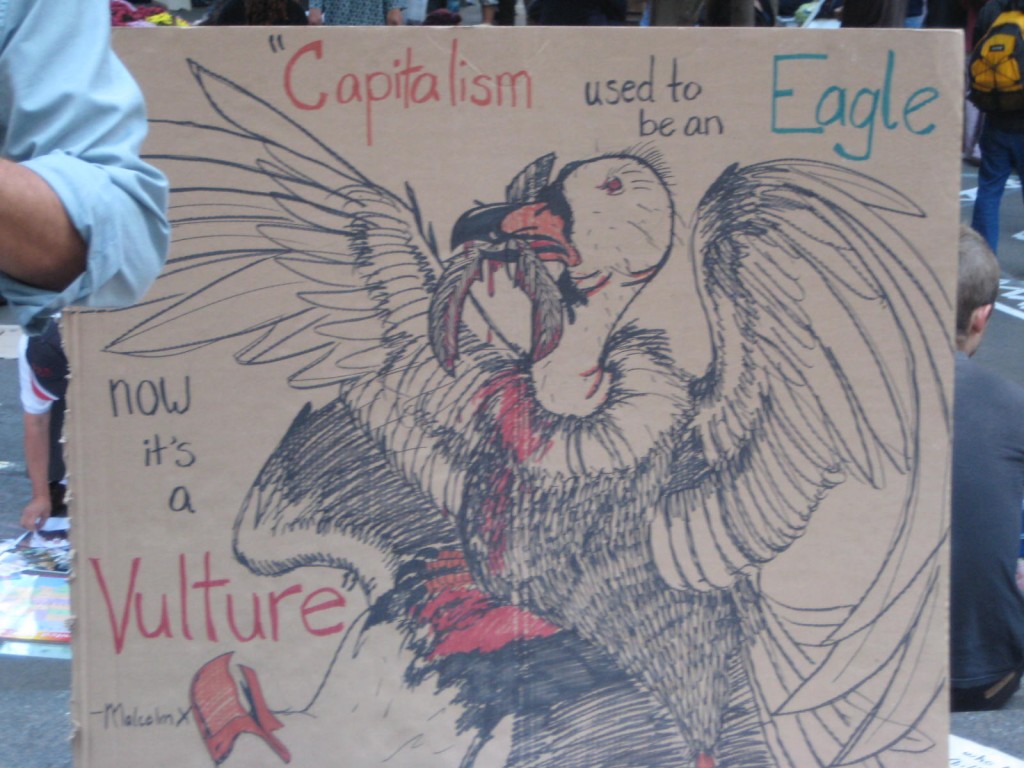