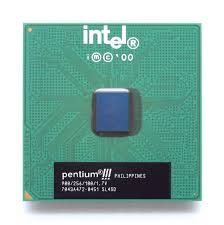 Intel is a polarizing stock that most technology investors have a strongly positive or strongly negative opinion on. Taking a step back, Intel was clearly a premier growth stock of the 1980’s and 1990’s. An investment in Intel in 1986 at a price of $0.40 (not a typo) appreciated 100x by the end of 1999. Intel experienced a fleeting rally from $40 to $75 during the technology craze in 2000 and subsequently crashed during “tech wreck” down to about $20. The shares have remained around $20 for the next 11 years. For perspective on the de-rating Intel experienced, shares earned $0.46 in 2002 while estimates are now around $2.50 for next year.

While the Street gravitated towards the bearish case that nothing at Intel is sustainable (the growth rate or the gross margins) I have followed the company closely for a few years now and am decisively in the bullish Intel camp. Two years ago, Intel came out at their analyst day and revised their longer term or “normalized” gross margins upward from a range of 50-60% to a new range of 55-65%. Intel has invested in streamlining their manufacturing process for many years and has maintained dominance in the semiconductor space through and through. The lead Intel has over rival AMD has actually widened in the past two-years. While there is plenty of controversy regarding the evolution of software, I hold the opinion that the CPU is an irreplaceable technology at the core of many types of innovation and products. While maintaining dominance in their core markets, Intel has also expanded successfully into servers, software, and security. Some of the expansion has been organic and some has been through acquisition. The business segment expansion is another reason why Intel can be a structurally higher gross margin company.

With regard to Q3 results, gross margins were essentially in line with the company plan at 64.4% and the sales were slightly better than plan. Intel is integrating MacAfee into results so there is a boost to this year’s sales growth rate. Aside from acquisitions, Intel reported 18% organic sales growth. This is an astounding number that the Street continually believes will fall off a cliff. The company disagrees and sees double digit top line growth as driven by secular factors. The company view is that growing incomes in the emerging markets are dropping PC’s into a more affordable range and when this has happened in the past an inflection point in growth ensued. A PC costing 5-weeks of income is views as a key threshold point. I believe it is time to start giving Intel the benefit of the doubt. Sales growth next year is expected to slow from 25% to 5% using the Wall Street sales consensus.  The valuation is undemanding, free cash flow will swell to north of $13B next year (11% of the market cap) and the company will continue to buy back shares. All of the share buybacks at $20 prices serve current shareholders well as EPS is set to grow at a solid double digit pace.

Intel’s historical stock multiple has been between 10x and 20x. I believe 12x is reasonable given the continued solid growth which I expect coupled with the excellent capital allocation through dividend and share buyback.

Here is a chart of Intel’s trailing P/E ratio which today stands at about 10x. This is lower than the multiple that Intel achieved after tech wreck or the financial crisis.