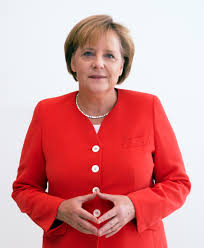 German leaders are coming out with comments that indicate there will not be a sweeping fix to the Eurozone financial crisis when leaders meet at a summit on October 23rd. Angela Merkel has been credited as saying “dreams that are taking hold again now that this package will be solved and everything will be over on Monday won’t be able to be fulfilled”. To me that is a pretty clear statement by an important leader. Moreover Wolfgang Schaeuble is echoing these sentiments this morning in the Financial Times.

There are two approaches to crisis management, the American style approach which entails bringing out the bazooka, implementing a broad, sweeping, and immediate fix and worrying about many of the finer details and legal issues later on down the road. There is also the European style approach, more methodical, consensus seeking, and cautious. I believe that the European approach is best for dealing with longer term solutions and fixes but is inadequate for solving a crisis.

Since there are growing indications that Eurozone leaders are going to take the cautions and slowly developing path there are likely to be some unfortunate implications for financial markets and heightened risks. The following are likely be a result:

There has been a very sharp rally back above the high end of the recent 3-month trading range. I remain bullish longer term because I see stock prices as depressed based on a number of valuation metrics and because I don’t believe we will ultimately go into a US or a global recession. As a result of the set-up, I’m going to adopt a more cautious investment stance immediately. This entails taking some profits in positions I sized up at better prices, selling some upside with call options, and buying some put protection on my exposures. Don’t confuse this with turning bearish because I’m not. I will remain slightly net long but with reduced exposures so I have good firepower to buy at better prices.