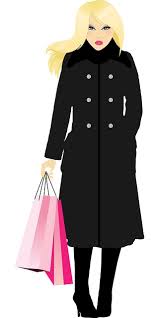 China’s Golden Week is one of two major 7-day national holidays in China. The two holidays are the Lunar New Year which begins sometime in January or February and Golden Week which starts in early October. The idea of a week long holiday is to provide an opportunity to take time off from work and travel. Although businesses and government officials have a holiday, the retail sector stays open during both of these holidays which make them important for retail sales. Lunar New Year is more important because there is a gift giving tradition associated with Chinese New Year but Golden Week is a very important fall shopping week as well. A number of companies have come out in China and provided indications of strong sales during the week. I point this out because in addition to the Chinese PMI which has been relatively solid the past 6-months high frequency indicators, like Golden Week retail sales are utterly inconsistent with any sort of a hard landing in China. Since China hard landing risks have morphed into perhaps the second largest risk factor for global financial markets this data is important.

China’s Ministry of Finance released an official press release that based on a sample of the large retailers retail sales grew by 17.5% for the seven days of Golden Week  (Oct 1-7). The meltdown in both the Hang Seng and the A-shares was fully blown by the first week of October so this was a chance for financial market distress to impact Chinese consumption. What many US and European investors don’t recognize is that Chinese consumption and GDP is simply much less geared towards wealth effect impacts from the stock market or real estate market. Asset ownership rates are much lower than in developed markets and moreover there is considerably less leverage through the mortgage financing system in China as down payments on owner occupied houses are generally above 50%. China has some 1.3B people and the driver of consumption is urbanization and secular income growth. Over many years gaining share of the world’s export economy has driven GDP expansion and job creation.  Over the next decade, the development of the domestic economy will be a similar driver. In short, it is not surprising that Chinese consumption remained stable but the financial markets started to price in a recession with all China-related exposures.

The stocks I highlight above have seen massive moves higher over the past 3-days rallying some 15-30% from the lows, which validates that the strong data is being observed by locals (or the panic based selling has simply run its course).